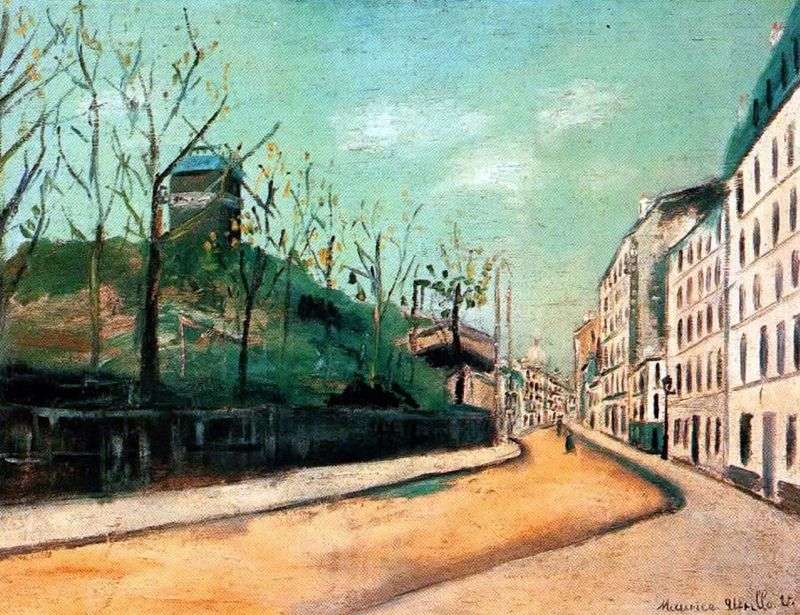 None of the artists who lived in Montmartre, has not dedicated this place so many of his works, like Utrillo. But he wrote not only the attractions of the area, but also the inconspicuous gateways and dilapidated houses on the outskirts of Montmartre. Of course, how could the artist not write Sacre-Coeur, if the dome seems to crown the top of the hill on which Montmartre is stretched, and can be seen from virtually anywhere in Paris.

On other canvases this canopy is vivid in the distance – look at the picture “Lepic Street and Moulin de la Galette”. However, often at Utrillo, the sights of Montmartre are absent. We present to the attention of the reader one more “monmartrskuyu” work of the master – “Theater in Montmartre”, 1931. Utrillo wrote this building more than once. There is an earlier, dated 1920, picture, where the theater is depicted from the same point. Two versions differ only in the time of the year – in the late version it is winter or late autumn, and therefore the building is more clearly visible through bare trees.