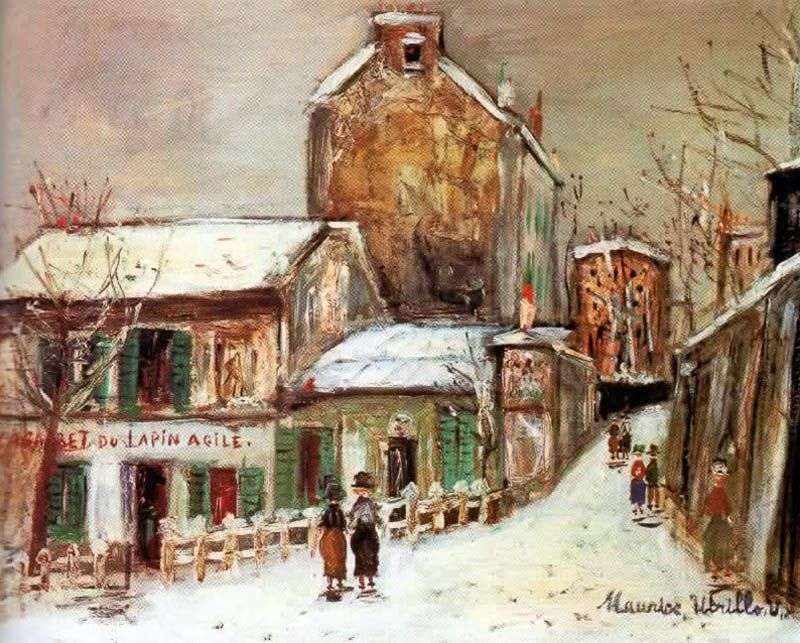 The late period in the work of Utrillo is customarily dated from the 1930s until the artist’s death in 1955. Despite the fact that during these years he lived not in Montmartre, but in a suburb of Paris, the plots of his paintings remained the same. Utrillo continued to write the familiar streets of the city from childhood, relying on his memory and postcards.

He combined clear lines with gently written out details, free composition and bright, sometimes even to some kind of violence, color. Typical works of this period are “Mill in Sannois,” ca. 1947 and especially “Moulin de la Galette, Montmartre”, ca. 1951. As for the thoroughness of the study, all of his paintings of that time are very different from each other: if the charming “Cafe” The Ridiculous Rabbit “” amazes with its scrupulous “discharge”