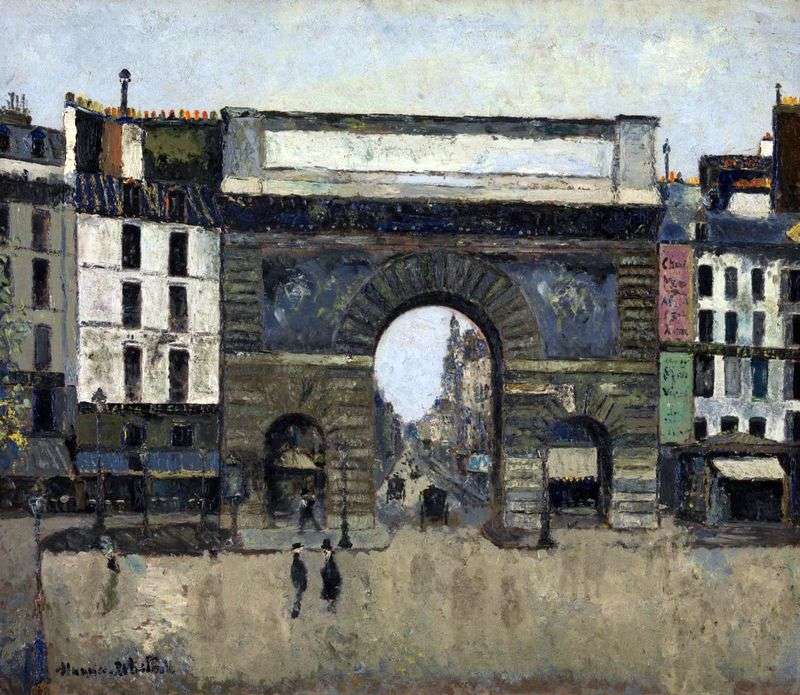 It is commonly believed that this picture completes the so-called “Mojmani period” and simultaneously opens the “white period” of Utrillo’s work. She, like most of the artist’s works, attests to his interest in the future. Dark tones still prevail here, but they are already combined with the white color, which houses are written, adjacent to both sides of the arch. Moreover, for the first time in this picture appear human figures. The gate of Saint-Martin was built in the second half of the 17th century in honor of the military victories of Louis XIV.

Utrillo wrote them at a time when he practically quit his job in an open air, interested in postcards. We have reached one of these postcards, on which the gates of Saint-Martin are depicted from the same point as in the picture of Utrillo, although the artist made some changes to the composition. On the postcard, the square in front of the gate is filled with people hurrying about their business at the height of the working day. In the picture of Utrillo we see only a few dark figures in the foreground and black crews dissolving in the perspective of a deserted street.