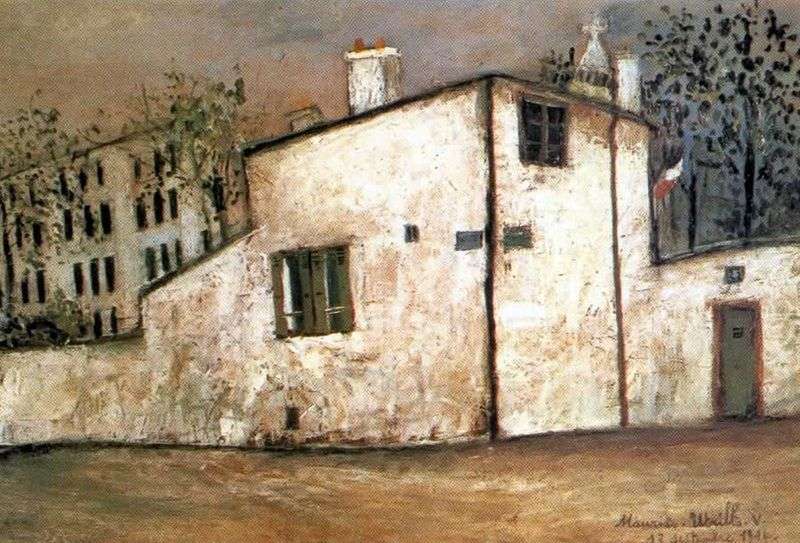 The second stage in the work of Utrillo is correlated with the “white period”. It lasted from 1910 to 1914. At this time, the palette of the artist became noticeably lighter, he no longer wrote in the open air, but only in the studio, using as a plot the views of Paris depicted on old postcards.

For the works of this period, the predominance of all the “white” – crumbling walls, old houses of old Montmartre is typical, such walls are in the paintings “Mont-Seni Street”, 1912 and “Berlioz House”. Both works are filled with an atmosphere of sadness, emptiness, loneliness. Outgoing streets have always remained in the center of attention of the artist, as well as the windows, which he wrote out with incredible thoroughness.