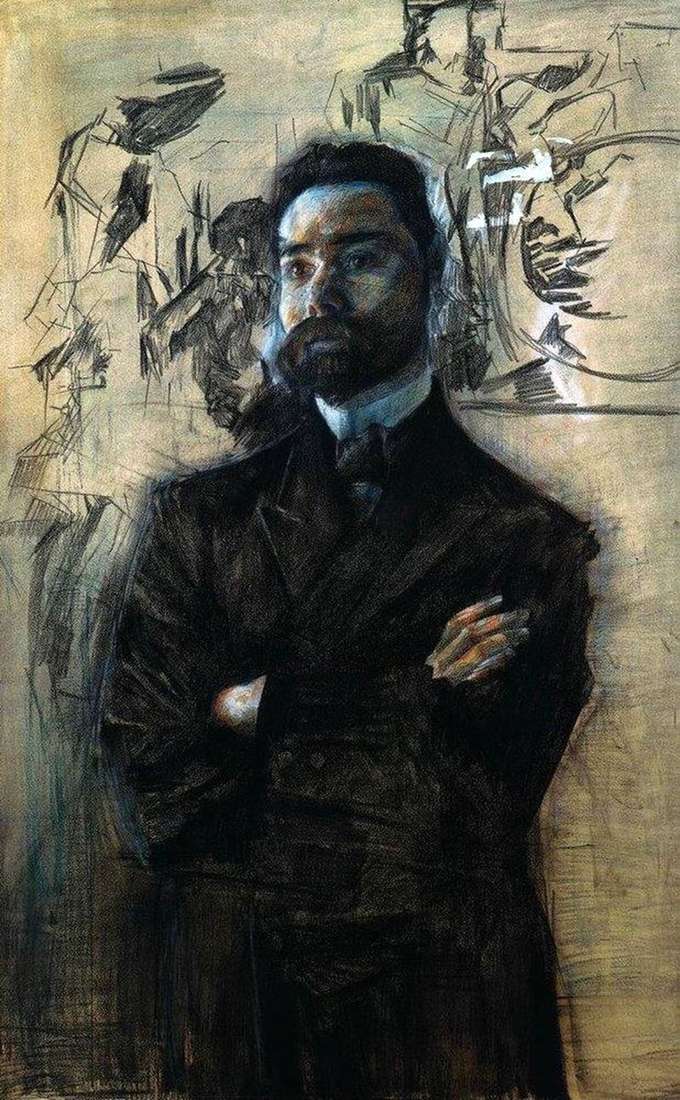 The last work Vrubel was a portrait of the poet Valery Bryusov. Her “dvoemirie” was subtly felt by Nina Petrovskaya: “A slightly inclined forward figure of the poet is separated from the canvas, dotted with hieroglyphs.” Everything in it is stone, dead, ascetic-frozen lines of a black frock coat, thin arms crossed and tightly pressed to the chest, as if carved from granite Face, one eyes are alive, – failures in the smoke-fiery abysses.

The impression is ominous, almost repulsive. Fiery tongue, enclosed in a cramped case of a black frock coat. This is scary. The two sides of being devouring each other are some otherworldly hint. “Vrubel does not seek to turn the portrait into allegory, does not aim to” clothe the idea in a sensual form, “but the very form of his works has an associative-metaphorical character that gives birth to a symbol in consciousness The final picture of Bryusov Vrubel was prevented by the blindness that came in 1906. He died in 1910. Only three years later his wife passed away.

The place of the artist in Russian art is determined not only by the expression of the ideas of symbolism and modernity. On the basis of eternal, timeless images of Russian and world art Vrubel creates his own myth, majestic and tragic. The artist magnifies the mysteries of the human spirit. Spiritual life appears in his works as the highest value.

Using Vrubel stereotypical images of modernity does not turn his work into a product of mass culture. From this saves the richness of form. Great skill, tragedy and greatness of spirit and great decorative gift make Vrubel an artist for all time.