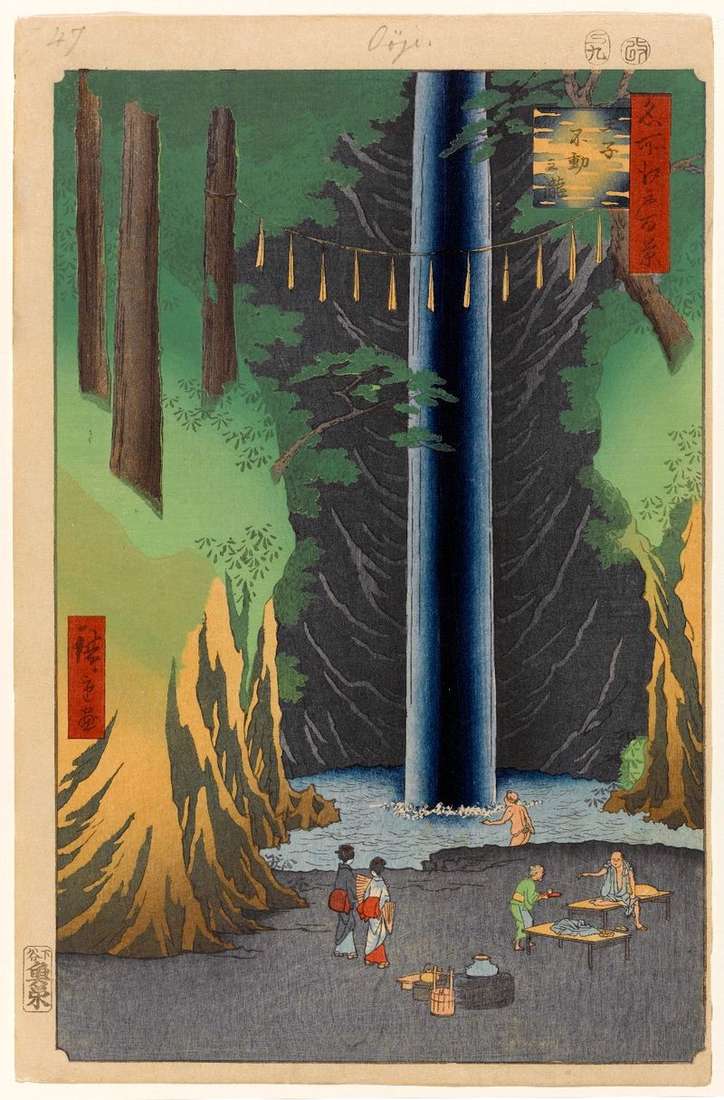 There was a custom to perform a ritual ablution in this waterfall. In the vicinity of this waterfall, as if in the depths of the tunnel, the cave and rocks were covered with moss. Here, at the cascade, even in the summer heat, there was always a coolness. The waterfall fell from a great height, and when a drop of water fell, it broke into small splashes, as if it were raining. Hiroshige painted people bathering in the waterfall, and the waterfall itself pictured like a huge tree, giving it power and monumentality, but somewhat exaggerating its size. Against the background of a wide blue band of a flowing waterfall, in the second variant of the engraving a hanging rope with woven strips of paper is clearly visible, enclosing the place of the presence of the Kami – Shinto deity. The square cartouche has also changed.