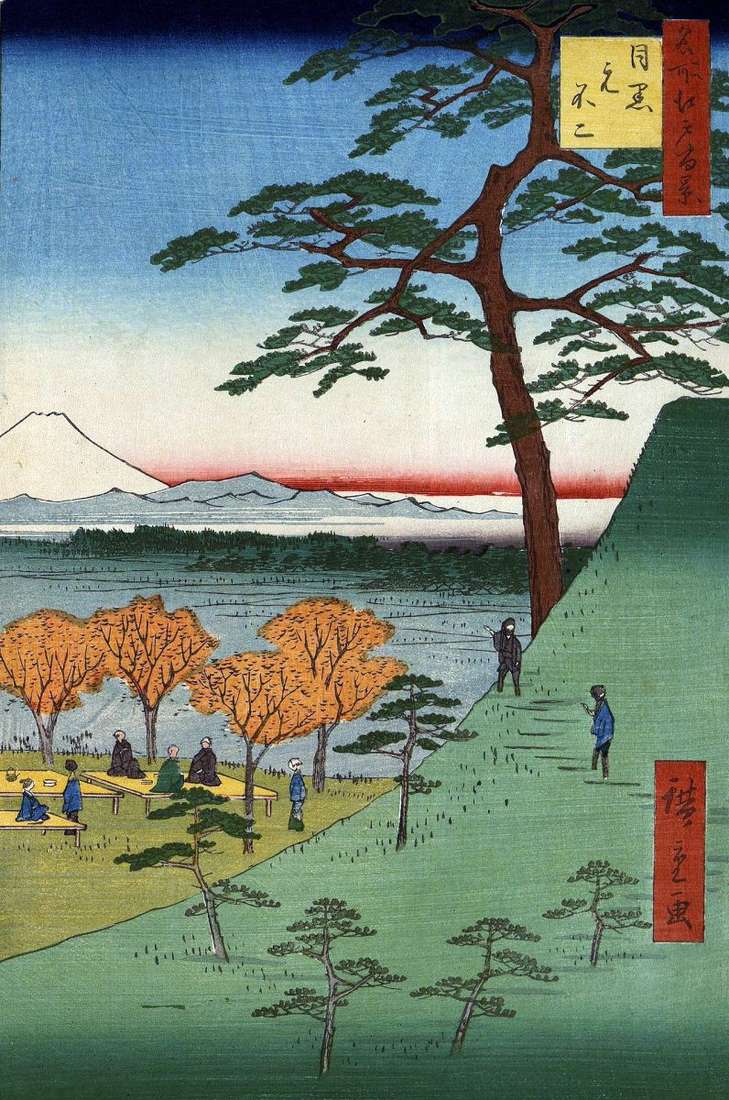 Earlier than Shin-Fuji, Hiroshige showed it in the previous sheet, was built by Moto-Fuji – the original Fuji. The appearance of such structures can also be explained by the difficulties facing the pilgrims, because for this it was necessary to obtain a pass for the passage of the outpost in Hakone, and the ascent took at least 7 days. The height of this mountain was 12 meters. On the slope were planted pine trees, from it opened a beautiful view of the river Megurogava. The slope was not very steep, and the zigzag road led to the top, it was easy to climb and descend. The mountain lasted until 1878.

the foot of the mountain there were tea pavilions and restaurants, cherry trees grew, which are shown in engraving. It is referred to the section “Spring”, the yellowed foliage on the trees suggests the possible chemical decomposition of the pigment, but not the spring costumes of the pilgrims allow the doubt to creep in. Perhaps, according to the concept of the compiler of the series, it was expedient to place two sheets from Fujimzuka from Meguro next. The late sheet of engraving is redesigned in color. Shaded the outline of the mountain in the foreground, the tree crowns on the second plan are yellowish-brownish, and the soil of the floor is ohrist. Foothills foothills became gray-brown. The color of the square cartouche has changed.