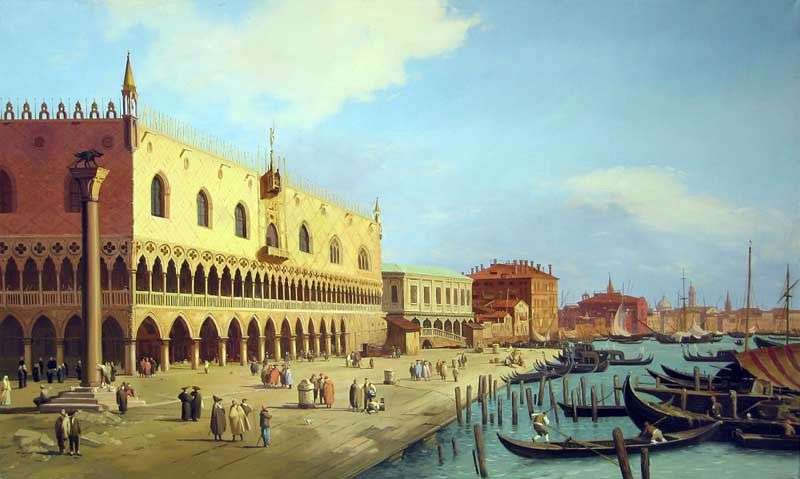 The poets of the house of Venice were compared to “seabirds, who sang their nests half on the ground, half in the sea.” This dual nature of his hometown of Canaletto expressed better than anyone else. He captured in his work the magic of Venice, as if woven by a certain magician from light, water and stone.

The light that poured from Canaletto’s canvases blinded contemporaries. “His paintings are akin to the paintings of Carlevaris,” one of the dealers wrote to his patron, “but only on them you can see the real Venetian sun.” Carlevaris also tried to write the azure sky of Venice, but he did not give a single composition that harmoniously connected transparent air with the actual architecture. Canaletto, by contrast, sought this, it seemed, without much difficulty. This relentless play of light is amazing.

And it is found literally everywhere – as an illustration, the landscape “The Doges’ Palace and the Shiavoni Embankment” is given. Canaletto was able to masterfully portray a shadow cast by houses or figures of passers-by. He also brilliantly conveyed the transparency of the Venetian canals, a clear indication of which is the picture “The Grand Canal: View from Ca Foscar”, ca. 1735.