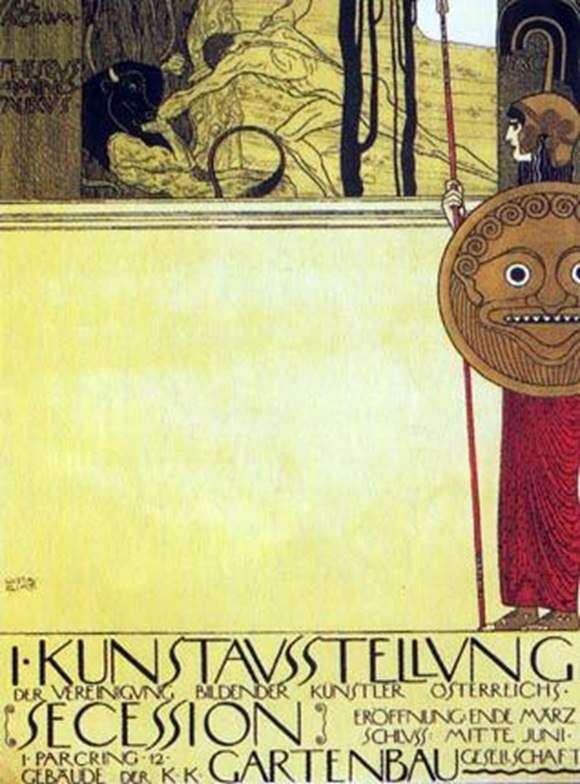 Unlike most modern Austrian and German artists, Klimt did not engrave, but acted as a book and magazine illustrator.

His first illustrations he created in his student years, the most active in this genre in the “party” journal of the Vienna Secession “Ver Sacrum”, published in 1898-1903. This magazine was distinguished by modernist design – in many respects thanks to the illustrations of Klimt “, 1898).

In the same manner, the artist made a poster for the first exhibition of the Vienna Secession, held in 1898. A story for him was a mythological story about the battle of Theseus and the Minotaur.