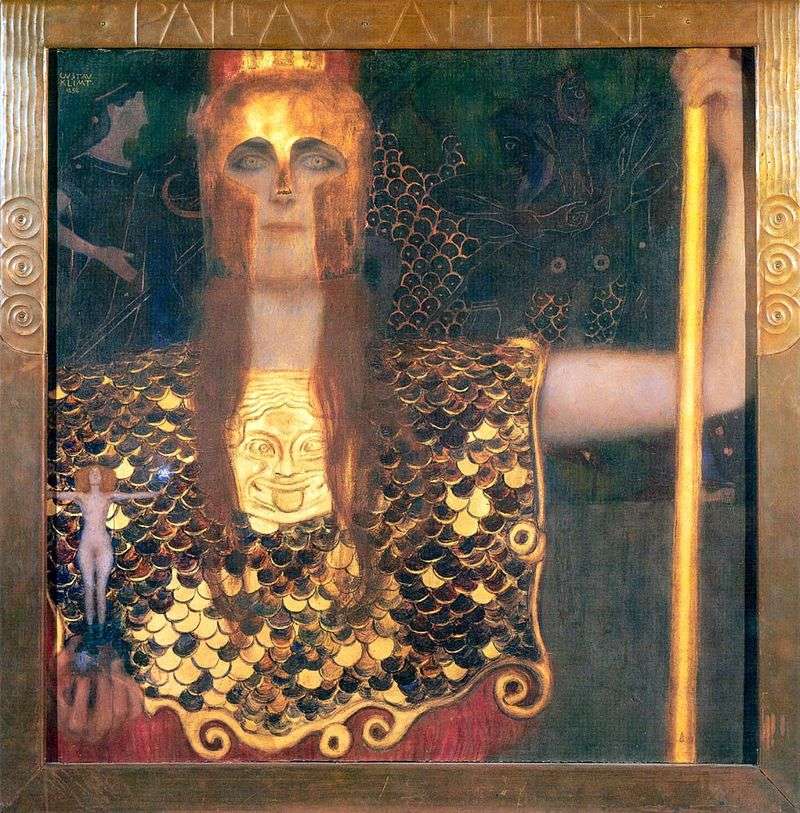 In 1889, in Austria was opened the exhibition of the Vienna Secession, one of the founders of which was the famous modern artist Gustav Klimt. The artists created this association in order to get the opportunity to write and demonstrate paintings, the plot of which at that time was beyond the moral framework of society. Like many other artists’ societies, the Vienna Secession made Pallas as the symbol of Athena. When their first exhibition took place in Vienna, one of the main paintings there was “Athena Pallada” written by Gustav Klimt.

This picture does not look like the other female portraits

written by Klimt. Most of his paintings depicted women passionate, refined and sexy. But Athena is different from all of them. She is militant, strong and powerful. Therefore, she became a symbol of secessionists, they wanted freedom of creativity. This picture greatly shocked the critics, and for this in the masses it was called the “demon secession.” Her bright shiny helmet, armor and expressive eyes attract attention.

Athena was interested in Klimt not with her femininity and sexuality, but with her divine essence. Perhaps, because this woman had an unusual appearance. She was different from other goddesses by wearing mens armor and weapons. Despite the fact that she was a woman, she had a male militant character. Thanks to this Athena Pallada is the most powerful of all the women that Klimt ever portrayed.