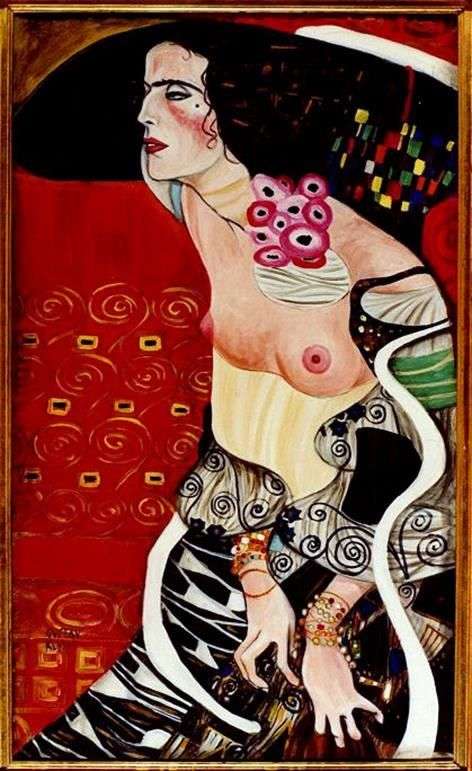 In the canvas “Judith II” Klimt shows how strong the fragile representatives of the weaker sex can be. In those years, when this work was created, Gustav was the lover of Adele Bloch-Bauer, it is her traits that can be traced in the heroine

Klimt did not much drag the bad reviews and scandals generated by his first version of Judith, which offended both representatives of the Jewish community and Christians. This time, he decided not to make a signature to this picture, he hoped that everyone would understand who is depicted on this canvas. The previous picture was framed in a beautiful frame with the engraving of its name. Because of the absence of the name, people decided that this woman is not Judith, but Salome, who dances for John the Baptist. Contemplators of the picture had to endure and wait for a long time, when they will be shown its real name. Quite often this work met with the name of Salome, but when the people learned that the picture depicts Judith, the pious virgin, the savior, once again presented by Klimt in a vicious manner, the society was once again heated and aggressive.