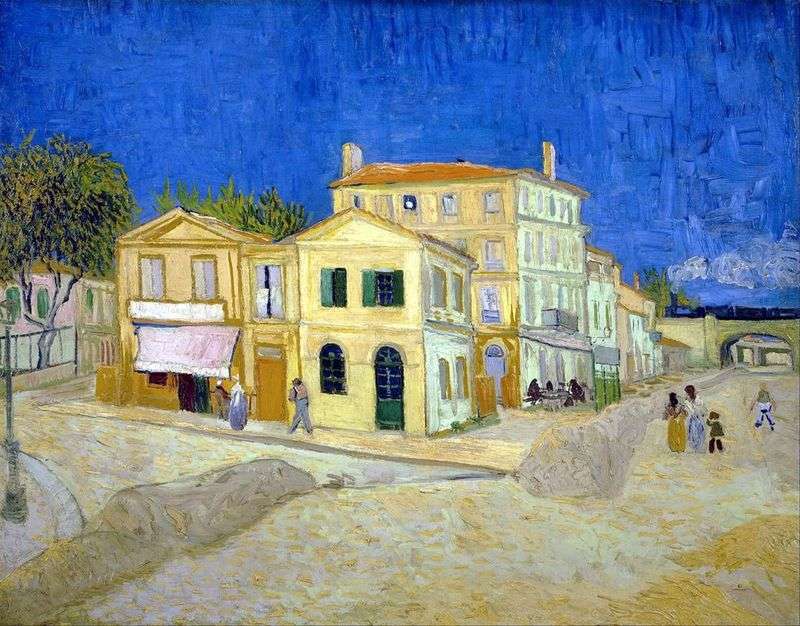 The picture “Yellow House” Van Gogh wrote in 1888 in Arles. On it he depicted the house in which he lived and worked at this time. Leasing the dwelling, Van Gogh specially painted its walls in yellow. This color was of great importance to him. He symbolized life, sunlight and warmth, inspiring him to create new creations. Almost all the houses on the landscapes of Van Gogh of this period were written in yellow.

Life in the yellow house for Van Gogh was connected with new hopes, a quest for the better. Moving to Arles, he began to dream of creating a “workshop of the south” – a house where artists of the new era will work together. He wrote to his brother that in a yellow house he could really live, breathe and create. He enthusiastically spoke of Arles, admiring his sun, warm climate, flowering gardens and a dazzling blue sky.

All these feelings found expression in creativity. The painting “The Yellow House” is full of bright sunlight. The house is rather old, but painted yellow, looks bright and cheerful, and its windows are open, letting in clean air. Clear blue sky and hot sun are an expression of Van Gogh’s hidden hopes, symbolizing the inspiration of a new life. The pavement is also written in yellow. On it, Van Gogh depicted the locals, enlivening the sunny urban landscape.