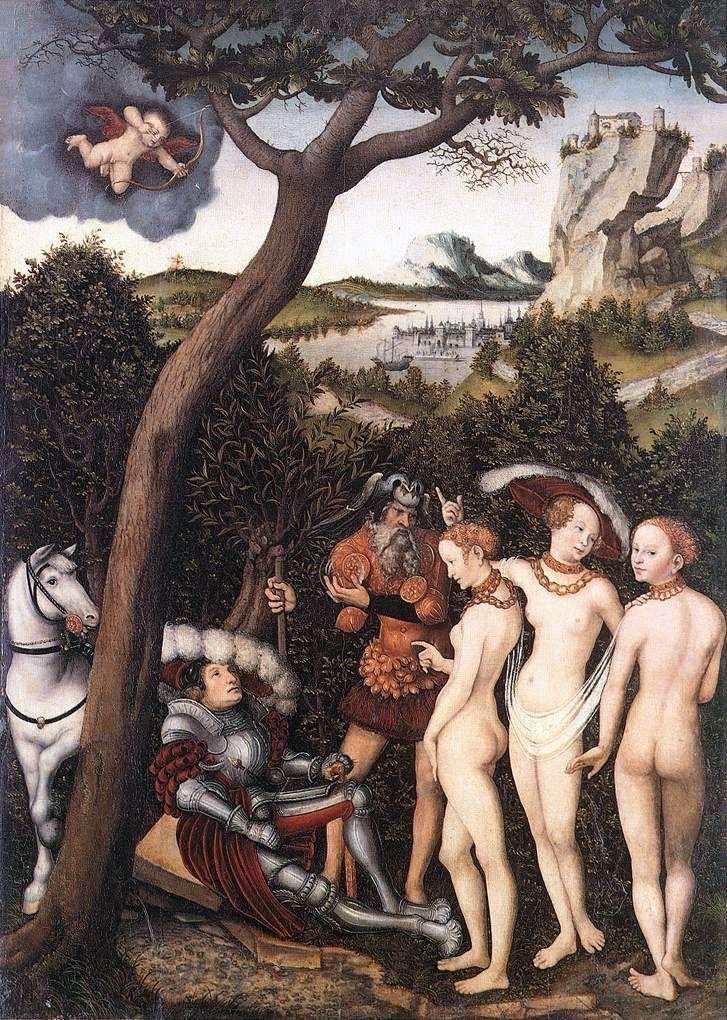 The painting “The Court of Paris” was written by the German painter Lucas Cranach around 1514. Size of work 43 x 32,2 cm, wood, oil. The picture is attributed to the mature period of the artist’s work. Life motives, observed by the artist at the court of the Wittenerberg Electors, were constantly introduced to them also in pictorial and graphic compositions on religious and mythological subjects.

This is confirmed by a number of numerous paintings by the German painter The Court of Paris on a well-known historical and mythological plot. For the first time Lucas Cranach turned to this story in 1508, in an engraving on a tree. Then the painting “The Court of Paris” based on the ancient plot was repeatedly created in his studio.

However, the artist in his paintings depicted the story not as it is narrated in the ancient Greek myth, but as it was told by the Italian composer of the 13th century Guido delle Colonna in the novel The History of the Destruction of Troy. According to the Italian version of the Middle Ages, Paris is a knight, a royal son. Once he got lost in a bewitched forest and fell asleep. In a dream, the cunning god Hermes and three beautiful goddesses came to him with a request to determine which of the Olympic goddesses is “the most beautiful.”