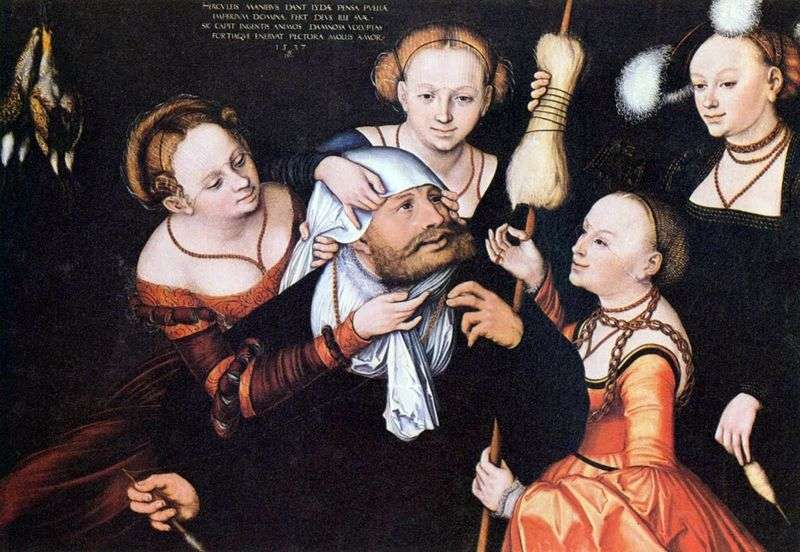 The painting “Hercules beside Omphala” was created in the workshop of the German artist Lucas Cranach the Elder in the middle of the 30s of the 16th century on the basis of the well-known mythological plot. This ancient myth was very popular among the nobility and burghers of Germany, who loved decorating their chambers and alcoves with paintings on historical and mythological themes.

Lucas Cranach lived a long and, most likely, a happy life. In his old age, in the last decades of his life, Lucas Cranach worked little, but the number of paintings with the sign of the dragon-salamander Cranachus did not decrease; the artist’s studio worked non-stop, and the sons of Cranach, Hans and Lucas the Younger, who inherited the workshop after his father’s death, continued to work. The Cranach dynasty remained well-known in Europe for several centuries.