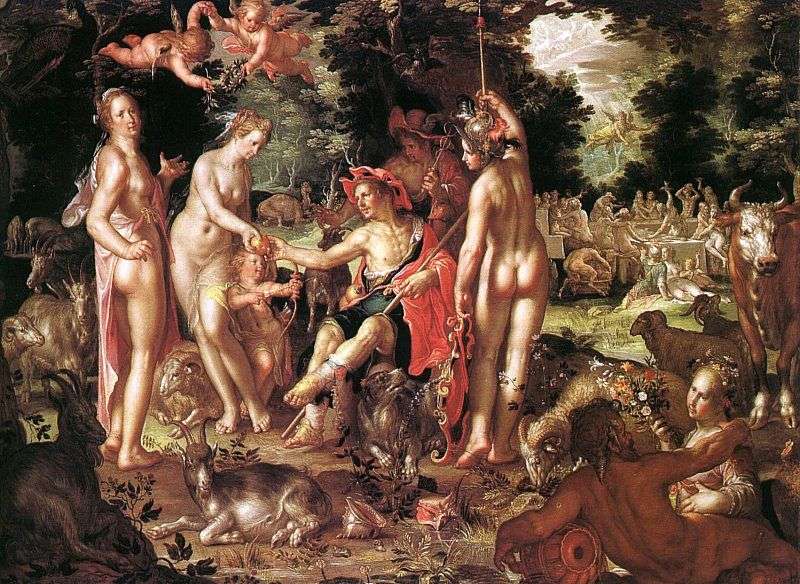 The painting was painted by the Dutch artist Joachim Eytewal based on the famous ancient Greek myth. Paris, in Greek mythology the son of the king of Troy Priam. Zeus instructed Paris to judge those who argued among themselves about the beauty of Hera, Athena and Aphrodite.

Recognizing the winner of Aphrodite, Paris secured his support for the abduction of the wife of King Sparta Menelaus, the beautiful Helen, but aroused the hatred of the two other goddesses who contributed to the outbreak of the war and the fall of Troy. Another picture of Joachim Eytewal with the same name and plot is kept in the Museum of Fine Arts in Budapest.