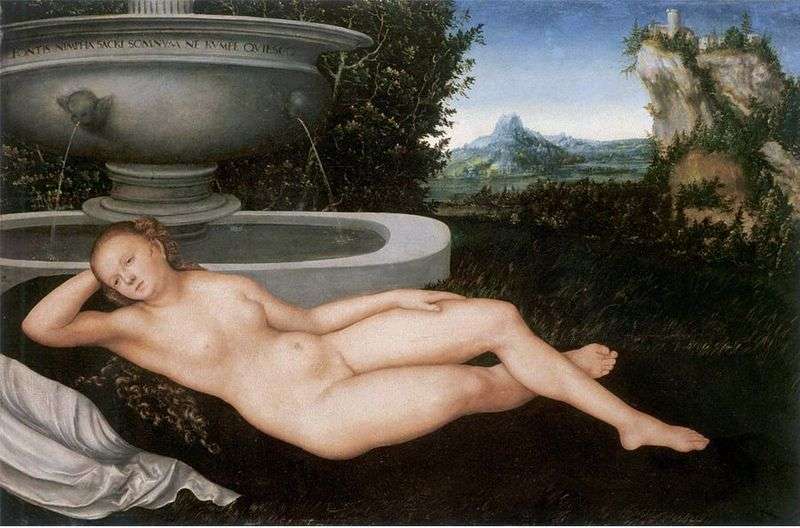 Nymphs – a favorite theme of paintings on mythological subjects. And it’s not surprising. Such paintings made it possible to depict a beautiful naked female body without causing priests anger. Nymphs were depicted most often against the background of nature at the water source or at the fountain in a beautiful garden.

Nymphs in Greek mythology are female deities that lived in the seas, rivers, springs, grottoes, mountains, groves and meadows. They possessed the secrets of ancient wisdom, life and death. According to ancient legends, they heal and heal. Therefore, they were so revered by ancient people.

Lucas Cranach also wrote many different nymphs, where the image of a blond, thin woman with reddish hair, a narrow cut of eyes, a curved body, cutesy movements repeats itself. The conditional idealization of images is combined with the naturalism of details. In this picture, the master portrayed a nymph with a dreamy eyes resting by the fountain.