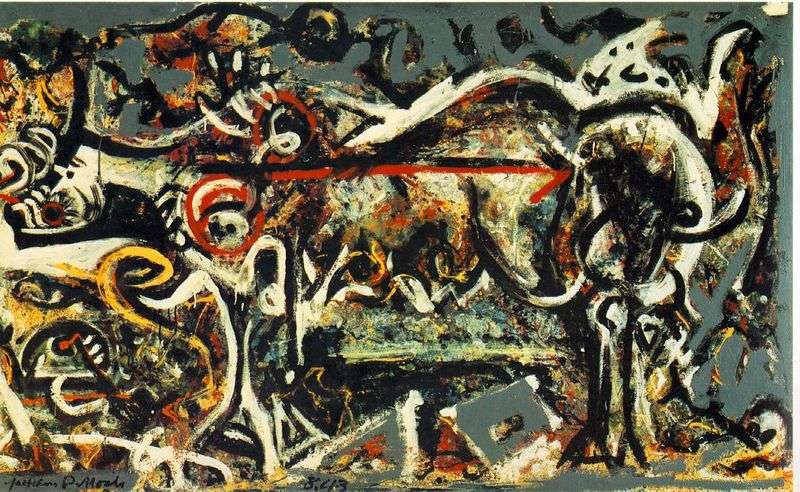 The style in which this work was performed owes its birth to a mural ordered in 1943 to the artist Peggy Guggenheim for the decoration of his house. It was in the “Fresco” that Pollock for the first time combined font characters and symbols-symbols of animals and totems.

The use of such symbolism allowed interpreting each picture of this series only presumably; the semantic field, thus, significantly deepened. “Wolf” – a typical example of such works.