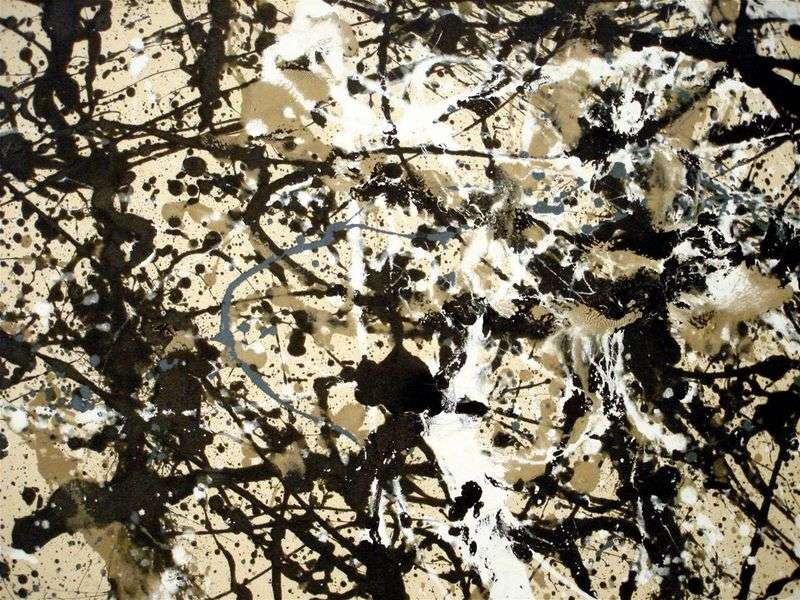 Pollock “canceled” easel painting. It was an attempt to radically rethink the traditional work of the painter. The master now did not need to stand in front of the canvas, caring for the “expression” of reality.

Pollock said “no” plot, figurative ™ and in general visual. He spread huge pieces of canvas on the floor and, “turning off” the mind, “entered the picture” – became one with it, almost literally. “Autumn rhythm” – with its fascinating interweaving of colored lines, with its flickering transparency and depth – is the clearest example of the new aesthetics proclaimed by the American artist.

Such pictures were interpreted differently. Some called them “nonsense”, others saw in them the development of traditions laid down by Picasso and Kandinsky, others found in them the birth of the “big style of a big country”, the embodiment of its power, freedom, scope. But the problem of “understanding” remains.

Art does not live in a vacuum, it requires sympathy, an answer. Question: how to “understand” such creativity? The “autumn rhythm” undoubtedly fascinates, as if it draws the viewer into itself, attracts with its strange music. And this is already the answer to the question.

Pollock’s paintings help a person to discover inside himself a secret, closed by the daytime consciousness, and therefore do not require traditional “understanding” – they open only at the level of this spiritual “underground”, living its life in each of us.