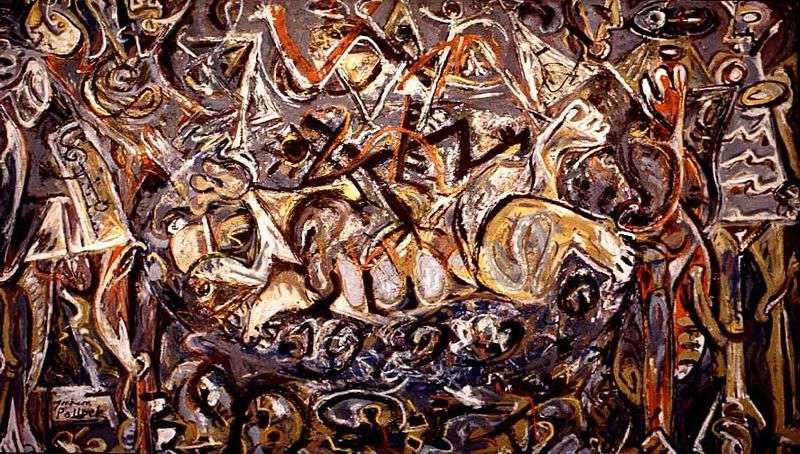 Pollock did not manage to finish this work, which is similar in style to the “Keepers of Secrets” to his first solo exhibition. Originally, the picture had a different name – “Moby Dick, or the White Whale”, sending the viewer to the central image of the homonymous novel by Herman Melville.

However, Peggy Guggenheim convinced the artist to find another name for her. Pollock could not solve this problem until art critic James Johnson Sweeney, who saw the picture in the studio, offered to call it “Pasiphae”.

Pollock asked in surprise: “Who is this?” Sweeney explained in detail to the artist that Pasiphay is a popular heroine of Greek myths, born of the love of Helios, the sun god, and the nymph. Later she became the wife of the Cretan king Minos, but Poseidon, angry at Minos’ refusal to sacrifice a magnificent bull to him, inspired Pasiphae to a sinful passion for this animal.

As a result, the Minotaur was born – a half-man, a semi-tongue, placed by Minos in an underground labyrinth, devouring young men and women and, eventually, killed by Theseus. Pollock was completely delighted with this story – this is how his picture acquired its strange name.