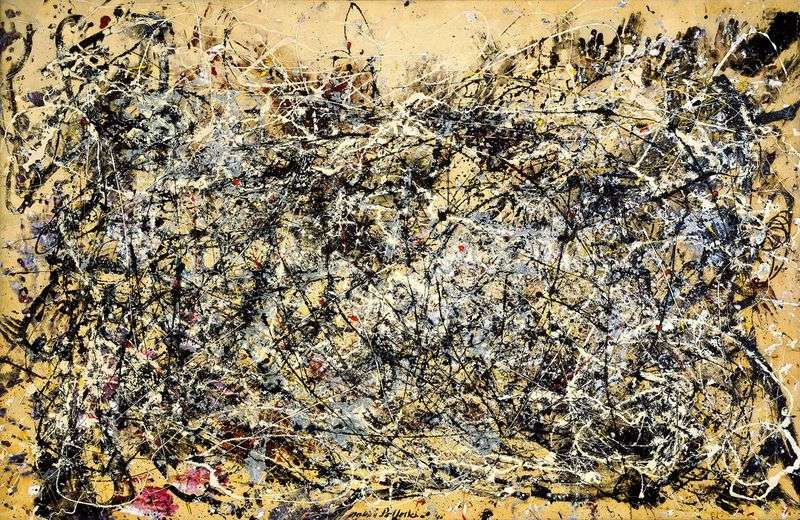 Pollock Jackson can be called one of the brightest representatives of modernism of the postwar years. He is an abstractionist expressionist, the creator of the so-called. “painting action”. Pollock was inspired by the idea of organizing the very principles of pointless art. The process of the birth of the inner image was for the artist leading, and the end result was not of paramount importance to him. Pollock turned the creative process into a ritual dance, each step of which is the very thing that a true painter should strive for. Pollock believed that the easier the symbol is born on the canvas, the more it corresponds to the feeling of the creator at the moment.

The drip technique created by Pollock is the splashing of paint across the canvas directly from the can without using a brush, thereby shortening the creative operation to a minimum. The artistic style of Pollock, bright and frantic, creates the impression that the artist is splashing colors on the canvas completely spontaneously and boldly, without fear of “smearing” the created image.

Pollock is the leader of several innovations that have appeared in painting in the post-war years. He, in particular, for the first time refused an easel, now the canvas was located either directly on the floor, or stretched onto the wall, the artist himself was not trying to “… talk about his feelings,” but “… express them.” This makes it possible to understand what led Pollock, who walked around his improvised canvas with a spatula and knife and pressed the colors into the stretched canvas.

However, the apparent randomness of the canvas, such as the painting entitled “Number 1A”, is in fact devoid of any spontaneity. Pollock himself said that he fully controls and is aware of the process of creating a picture, in his irrepressible brush strokes “… there is no beginning, no end.” With his impetuousness, Pollock introduced the “new blood” into the somewhat frozen creative work of non-objective artists, becoming the brightest star of American abstractionism. His exhibitions, which initiated the gigantomania, immediately began to enjoy great success with the Americans.

The scale of the paintings and the novelty of the technique did their job, giving Pollock’s works the status of painting for millionaires. It was this artist who first began receiving astronomical fees for his work, because Pollock decorated the walls of luxurious mansions. The Paris exhibition of his works of 1952 created a furor, initiating a new direction in abstract painting not only of America, but also of Europe. Pollock became the founder of the so-called. “Pacific School” of abstract art, together with Mark Toby and Robert Moserwell, who influenced world art and served as the direct basis for the creation of “nuclear painting”.

Although Pollock’s primacy in creating a completely new pictorial technique was repeatedly challenged, but it was he who managed to develop a complete concept of “Tashism”. Pollock died in a car accident at the age of 44.