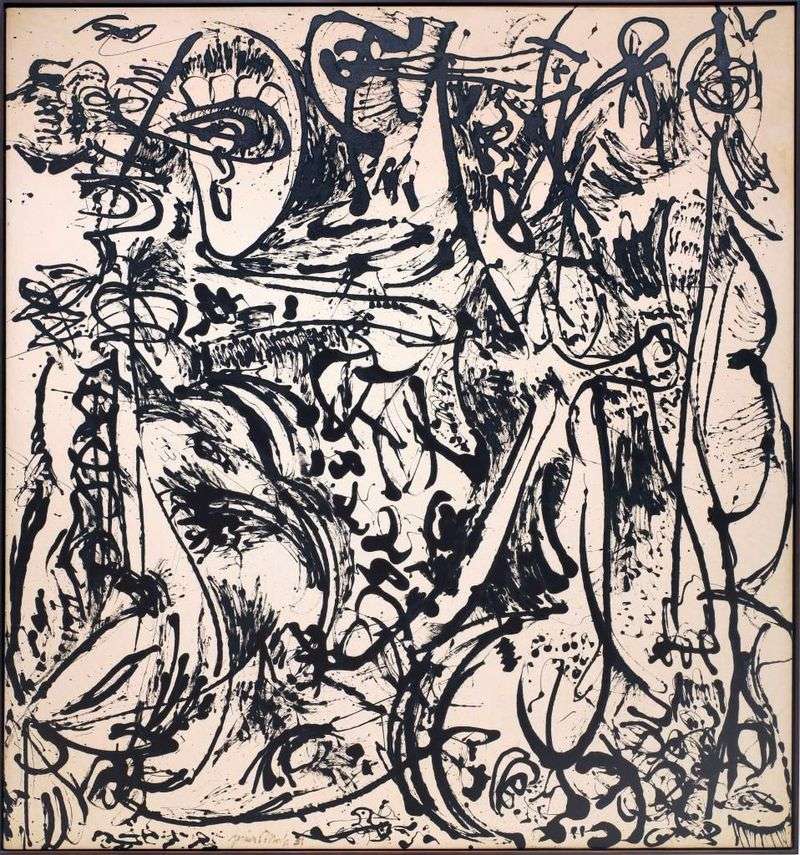 In 1951, Pollock considered that the possibilities of “drip technology” in its pure form had been exhausted. Fearing self-repetition, he decided to abandon pure abstraction, referring to the experience of surrealism, which had long attracted him.

In fact, this step of Pollock was completely evolutionary, natural – it did not lead to parting with the “drip letter”; in the new context, Pollock continued to work within the framework of the technique invented by him, having only necessarily upgraded it.

The artist laid out strips of canvas on the floor of the workshop, and then “put” himself in a trance and put paint on the canvas, sprinkling it directly from the can or using sticks and brushes. In order to more confidently control the flow of paint, Pollock began to use a scoop, which, according to Lee Krasner, he treated as a “giant automatic pen.”

Since now the artist has limited his palette as much as possible, this period in his work is called “black and white.” At first, the black-and-white paintings were greeted by the public rather coolly, but subsequently the critics began to respond to them in superlatives.