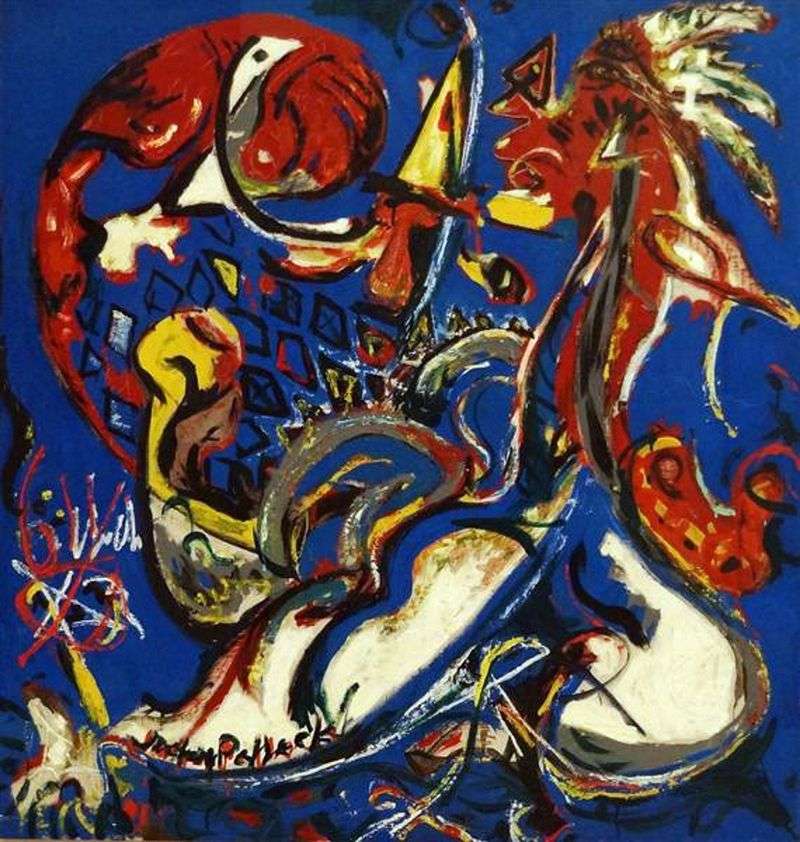 In 1937, John Graham, the superintendent of the Metropolitan Museum of Art, published an article entitled Primitive Painting and Picasso.

In it, he drew parallels between modern abstract painting and the primitive pagan culture of the natives of America and Africa, equally connecting abstract art and primitivism with manifestations of the human subconscious and Jung’s archetypes. Pollock was an ardent admirer of Picasso, while showing deep interest in primitive American painting. Graham’s article struck him so much that he found her author in order to personally meet him.

Over time, Graham became one of the most influential popularizers of Pollock; it was he who advised the artist to take a closer look at the means of primitive painting, which, in his opinion, are quite suitable for “traveling” into the world of the subconscious. In 1941, Pollock visited the large exhibition “The Art of the American Indian” which opened at the Metropolitan Museum several times in a row. This indicates that he had listened to the expressed advice. The influence of Picasso and primitive painting on Pollock in the early 1940s is undeniable.

In the painting “Birth”, for example, we see Eskimo masks against the background of symbols borrowed from at least two Picasso paintings that were exhibited at that time in the Metropolitan Museum: we mean his Girl in Front of a Mirror and the famous Avignon Girls “. “The Girl in Front of a Mirror” by Picasso provided Pollock with material for creating the picture “Woman-Moon Cutting a Circle”.