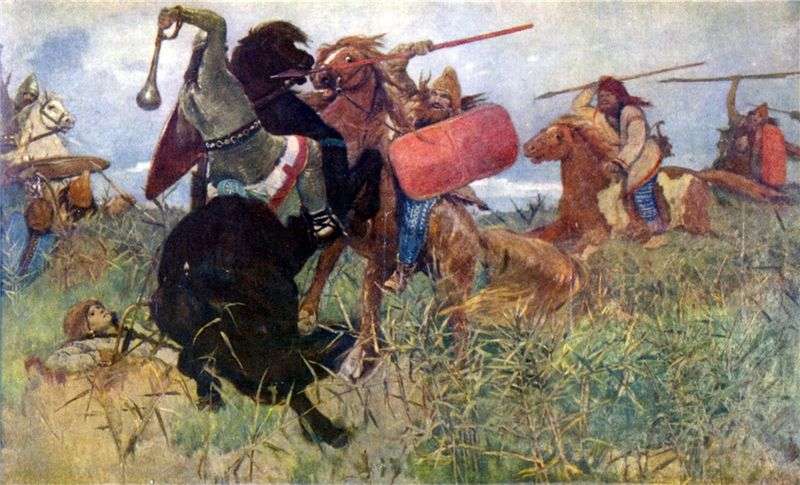 This topic – the most important for Vasnetsov, he did not leave her all his life. He himself, playing with his adherence to “heroic” images, was called “the true hero of national painting”.

In his “heroic” works Vasnetsov is most monumental and decorative, and this says a lot about the pathos inherent in the paintings of this series. His manner of portraying Russian knights was somehow immediately and happily found and changed little throughout his life – this proves a simple comparison, for example, of the early picture “Scythian Combat with the Slavs” with the late picture “Bogatyrsky Skok”, 1914.

Perhaps, in the latter there are more elements of lubok, but this is due to the time of its creation – in 1914, Russia entered the First World War. In fact, all Vasnetsov’s “heroes” are all the same, according to the word of N. Roerich, “the search for Russia, not academic, not pro-Russian, but real, lost in the distant past.” These searches also determined the enduring artistic value of Vasnetsov’s creativity.