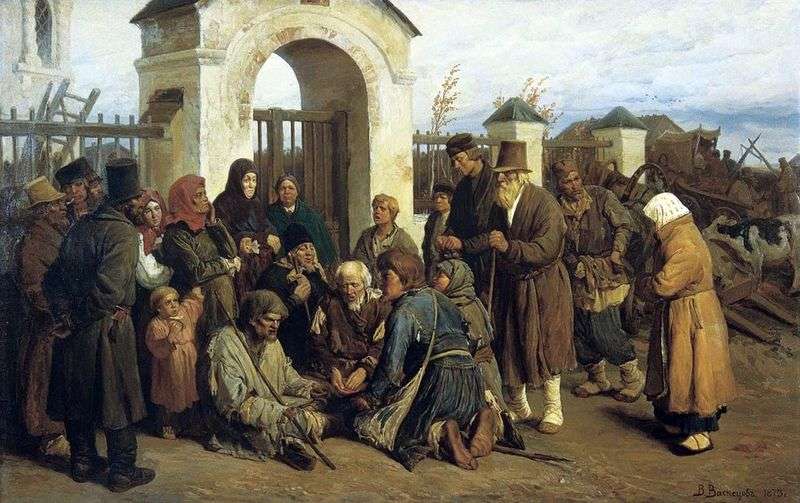 The first picture written by Vasnetsov in St. Petersburg was “Beggars-singers”. The plot arose from childhood memories of those beggar-singers, who usually crowded around the Ryabovo church on a holiday, were sitting on the ground.

As a child, these beggars evoked in him some aching, dreary feeling. And then the preparation for the painting began. Vasnetsov drew, sketched, wrote etudes.

Work on the picture progressed slowly, but the persistence and diligence of Vasnetsov took their toll and the work was finished. And although the picture was praised by many, Vasnetsov himself saw all its shortcomings.