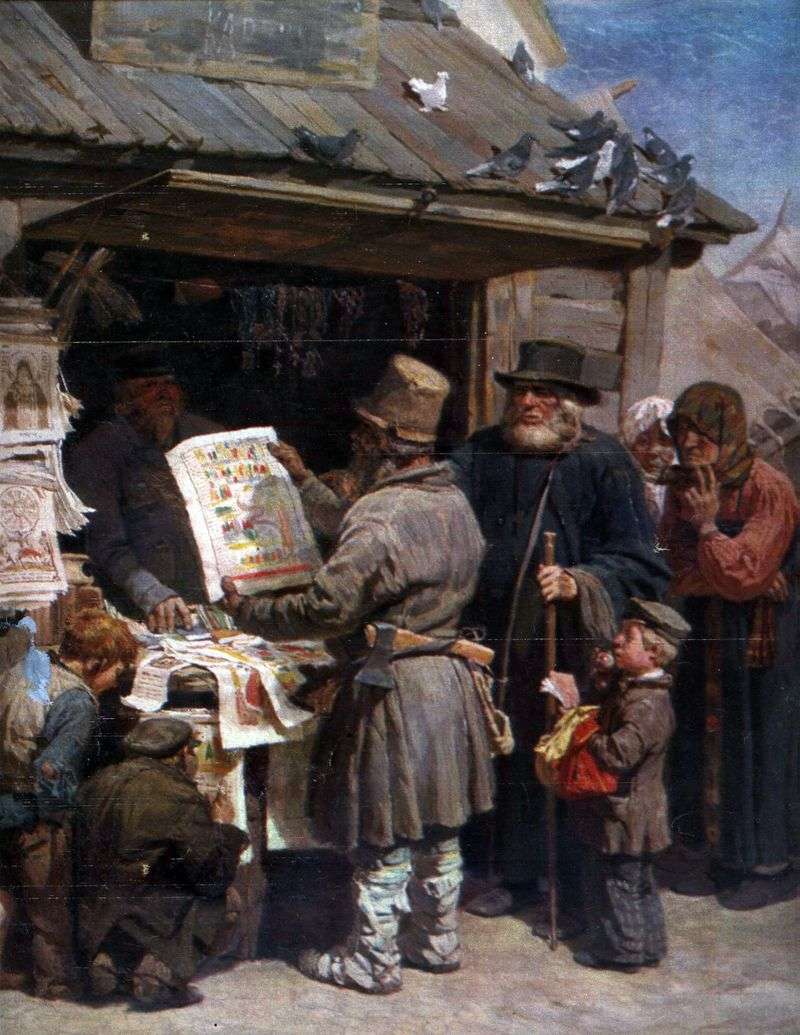 Vasnetsov got interested in genre painting in his youth, remember that he went to the Academy of Arts in 1867, rescuing 60 rubles for the pictures “Milkmaid” and “Znitsa” that were “put into the lottery.” In the Academy, genre painting for him became his imaginary outlet – creating similar works, he rested from academic assignments that seemed to him “dead.”

From 1873 to 1879 Vasnetsov worked on genre paintings that brought him fame as a talented genre painter and became a pass on Wednesday for the Wanderers – among them are such works as “Beggar Singers”, 1873, “Tea Party in the Inn,” 1874, “Book Shop “,” From apartment to apartment “, 1876,” Military telegram “, 1878,” Preference “, 1879. I must say that in the famous “folkloric” paintings of Vasnetsov, the attentive spectator will notice elements of genre painting.