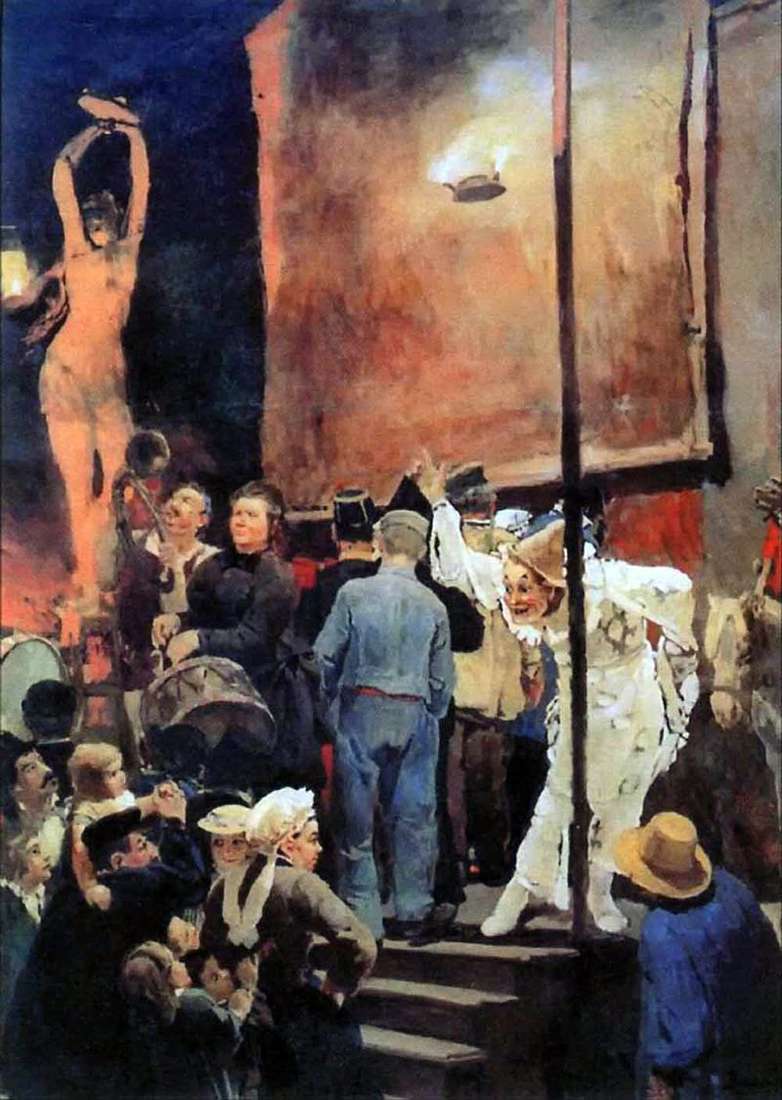 In March 1876 Vasnetsov, having secured an order on the illustration of E. N. Vodovozova’s book “The Life of European Peoples”, left for France.

Settled in Paris with little money, but with the support of artist friends, Victor Mikhailovich studied meticulously the Louvre collection and closely followed the impressionistic discoveries of contemporary French painters. Their influence is felt in the genre picture created by him in France “Acrobats at a holiday in the environs of Paris”.

This spring in the spring of 1877 Vasnetsov exhibited at the annual Paris Salon, but without much success. Returning a year later to his homeland, he presented “Acrobats” at the next traveling exhibition. Alexander III, seeing this work, waded through it for the imperial collection.