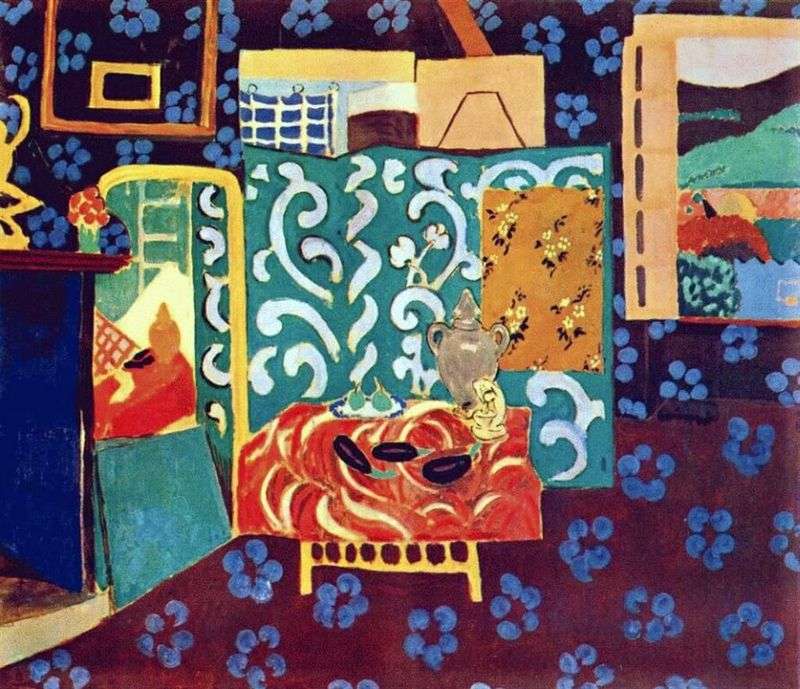 The composition “Still Life with Eggplants” is based on the combination of different plans. Matisse abandons the perspective and lays out local color patches on the canvas. In this sense, he repeats the artistic quest of Cezanne, which resulted in the famous still lifes of the latter, in particular, “Still Life with Cupid.” In addition, the large number of plans, according to some researchers, resembles the complex composition of Diego Velázquez’s famous Menin painting.

Carefully thoughtful placement of objects – a door, a window, a curtain, a mirror, a table – creates a complex impression of depth and, at the same time, the flatness of the compositional space. In view of the lack of prospects, the functions of creating the depth of space were assigned by Matisse exclusively to color, and more precisely to color contrasts.

Traditionally, still lifes are considered realistic paintings, as they represent quite real, if not to say, everyday objects. However, in the case of “eggplant” Matisse argues that “there may be options.” He offers his own, purely decorative, view of the genre of still life.

All horizontal parts of the web are on the same level. Even an open window gives the impression of an ordinary decorative element. And only two objects – a jug and a statuette on the table – violate this plane integrity.