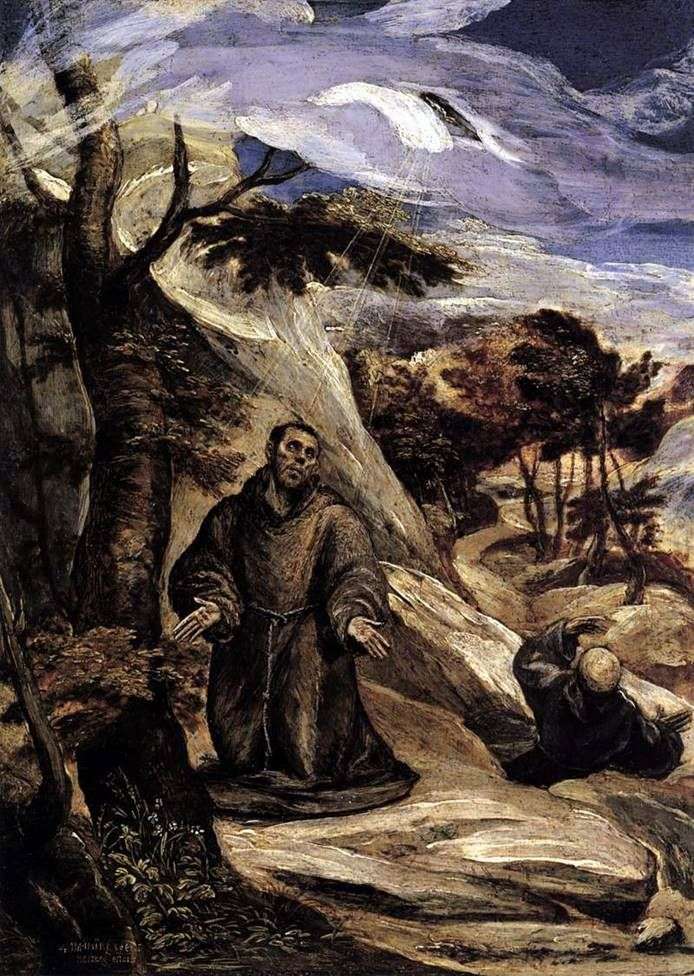 Like other paintings of these years, created on a religious theme, Stigmatization of St. Francis was created for a private customer. Domenico signed the work in the lower left corner. Probably, it was created right after the artist arrived in Rome. El Greco wrote it in the icon-painting technique, carefully working out the details, resulting in an enamel-like appearance.

The painting shows the most striking moment from the life of St. Francis of Assisi, described in the official biography of Saint, the so-called “Big Legend” of Saint Bonaventure.

From the heavens came the seraph with six fiery wings, illuminated the vertex of Verna with a brilliant light, illuminated the mountains and valleys around. After the vision disappeared, stigmata opened on the body of Francis – hands and legs were pierced with nails, black as if of iron, with large round hats, on the left side of the chest a deep bleeding wound gaped, as if from a blow with a spear. Two more years before death, the saint carried stigmata on his body, hiding them from prying eyes.