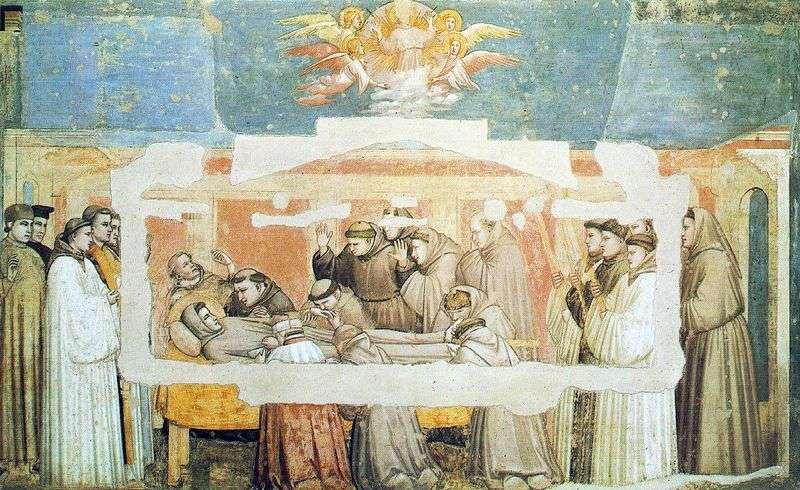 In addition to the series of frescoes in the Arena Dome, the only surviving frescoes that are confidently attributed to Giotto, are considered works that adorn the Bardi and Peruzzi chapels in Florence.

In the Bardi Chapel there are seven frescoes depicting scenes from the life of St. Francis. In the chapel of Peruzzi there survived six frescoes: three – with the image of St. John the Baptist, and three more – dedicated to the life of John the Theologian. In the XVIII century, they were all painted with white paint.

To the wall with a fresco depicting the death of St. Francis, a tomb was built. In the 1950s, these works of Giotto were thoroughly restored. Unfortunately, in a number of cases the destructive effect of time turned out to be irreversible. This is especially evident in the fresco of the Feast of Herod in the chapel of Peruzzi.

Much more expressive are the frescoes in the Bardi Chapel. All these works date back to 1320-mi years.