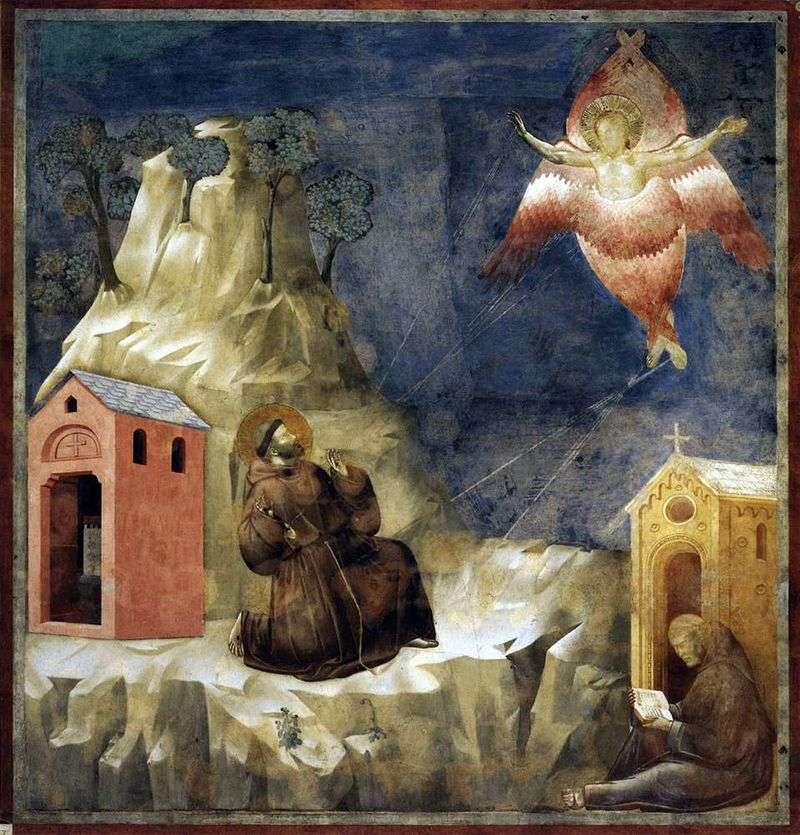 The frescoes decorating the church of San Francesco in Assisi are another acute problem of “jottology”. The construction of this church began in 1228, immediately after the canonization of St. Francis, who died in 1226. Between 1260 and 1320 years in the church appeared frescoes, created by leading artists of the time.

However, the authorship of none of them has not been documented. In some sources XIV-XV centuries it is mentioned that Giotto worked in Assisi. Another indication of this fact we find in the “Biographies” D. Vasari. So, he writes that Giotto wrote a series of famous frescoes in the Upper Church of San Francesco.

Here are shown two murals from this series – “Stigmatization of St. Francis” and “Wonderful discovery of the source.” Vasari also notes that Giotto arrived in Assisi at the invitation of Giovanni da Murvalole, who ruled the city from 1296 to 1304. Thus, the dating of these works is established. Until the end of the XIX century, this information was considered absolutely reliable. Then there were questions.

In particular: are all the murals painted with the same hand? Some scientists claimed that the series of frescoes was only conceived by Giotto, his master unknown to us realized his idea. Other art critics generally deny Giotto’s involvement in the creation of these frescoes, motivating his opinion by the fact that the frescoes in Assisi are stylistically different from the frescoes painted by Giotto for the Capella del Arena in Padua, and finding Assisian works light and imperfect. Disputes last to this day.