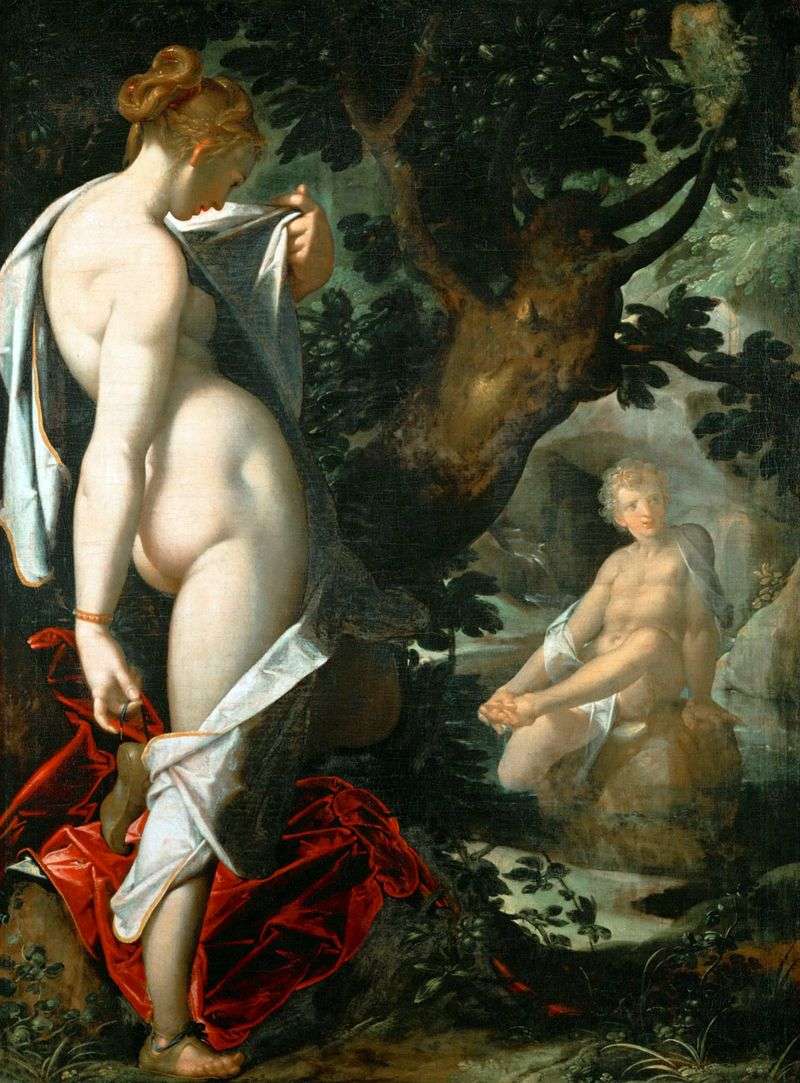 A painting by the Flemish painter Bartholomeus Spranger “The Salmakid and the Hermaphrodite”. The size of the picture is 110 x 81 cm, canvas, oil. The painting is based on the well-known myth of the passion of the nymph of Salmakida towards Hermaphrodite. Hermaphrodite – according to Ovid, the son of Hermes and Aphrodite, brought up by nymphs on Mount Ida in Phrygia.

His extraordinary beauty was captivated by the Karim nymph of Salmakid and, not being able to achieve his love, begged the gods to connect her with him forever. Then their bodies grew together and one creature was formed, half a man, half a woman.

The genesis of this myth about the Salmakid must be sought in the natural religions of the East, which loves monstrous combinations of animals and human forms. Many ancient statues of Hermaphrodite have survived, in which ancient sculptors tried to solve the difficult task of co-portraying the characters and anatomy of a man and a woman.