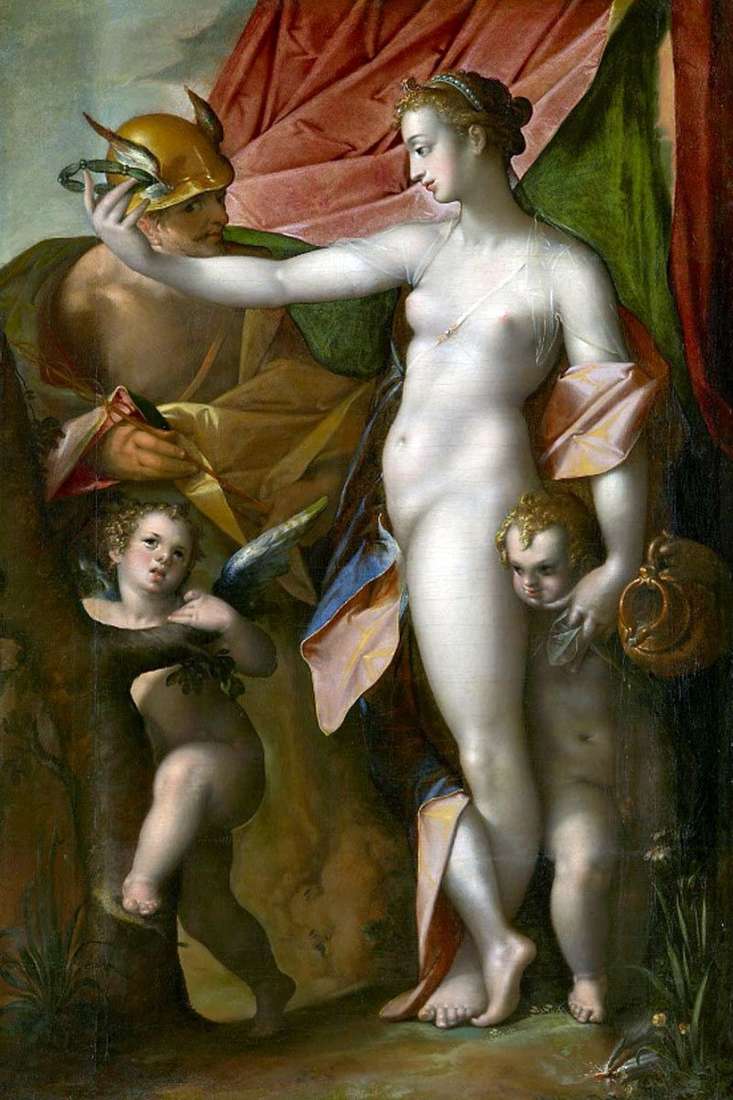 A painting by the Flemish painter Bartholomeus Spranger “Mercury and Venus”. The size of the picture is 110 x 72 cm, copper, oil. The painting is based on Italian mythological stories. Mercury, the Italian god and patron of commerce, arrived and enriched, also the patron of travelers, the son of Maya.

The symbol of peaceful intercourse was a caduceus. Later, Mercury was identified with the Greek god Hermes and appeared already in winged sandals, a road hat, with a baton in his hand. From ancient legends it is known that the goddess Venus of Mercury was born the son of Hermaphrodite.