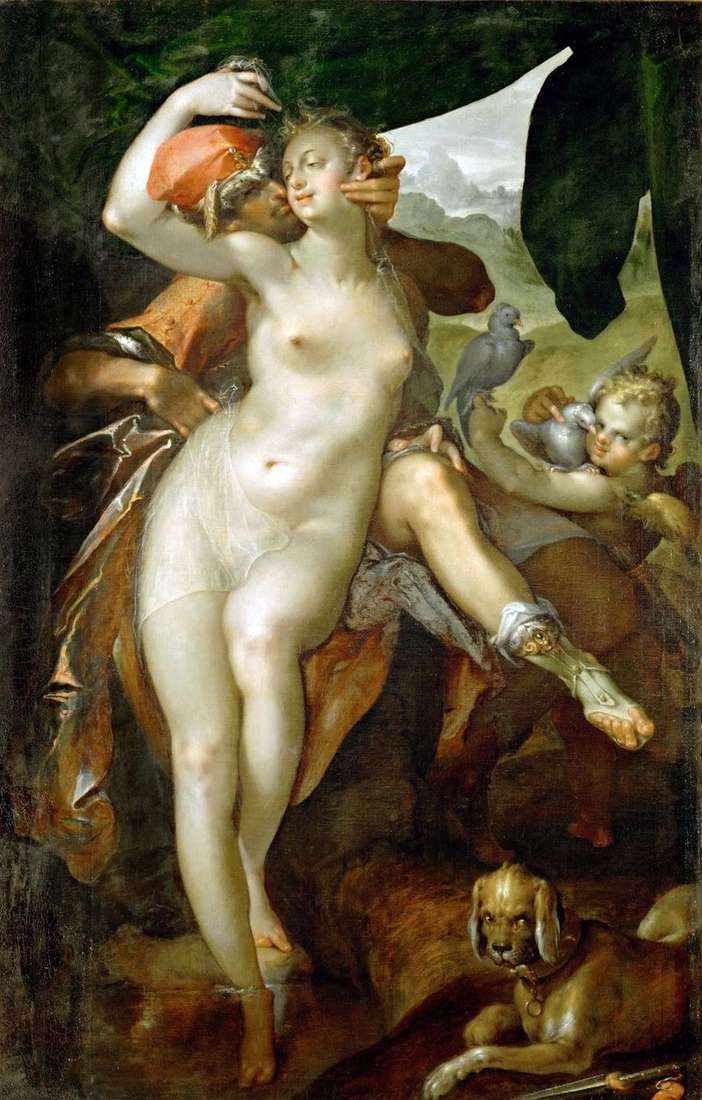 A painting by the Flemish painter Bartholomeus Spranger “Venus and Adonis”. The size of the painting is 163 x 104 cm, canvas, oil. According to ancient Greek myths, the greatest love of Venus was the beautiful Adonis, the son of the beautiful Mirra.

Adonis, in mythology, the son of an Assyrian or Phoenician Kinir, who founded in Cyprus Paphos. Kinir produced it, in ignorance, from Mirra’s own daughter or Smyrna, who had kindled him with love at the instigation of Venus; When the father, having learned about the crime committed by him, wanted to kill his daughter, the gods turned her into a myrrh tree, and after 10 months Adonis appeared in it.

For the beauty of it immediately fell in love with Venus and gave secretly to Persephone for preservation; Persephone did not wish, however, then to return it; then Venus appealed to Zeus, who resolved the dispute by the fact that Adonis had to spend one third of the year from Aphrodite, one from Persephone, and the latter, the third part of the year, he could dispose of at his own discretion.

But Adonis in his early youth died on the hunt from a wound inflicted by a wild boar. From the drops of blood of the young man rose roses, and from the tears of Venus – anemones. According to another myth, the cause of Adonis’s death was the wrath of Mars, who was jealous of Venus.