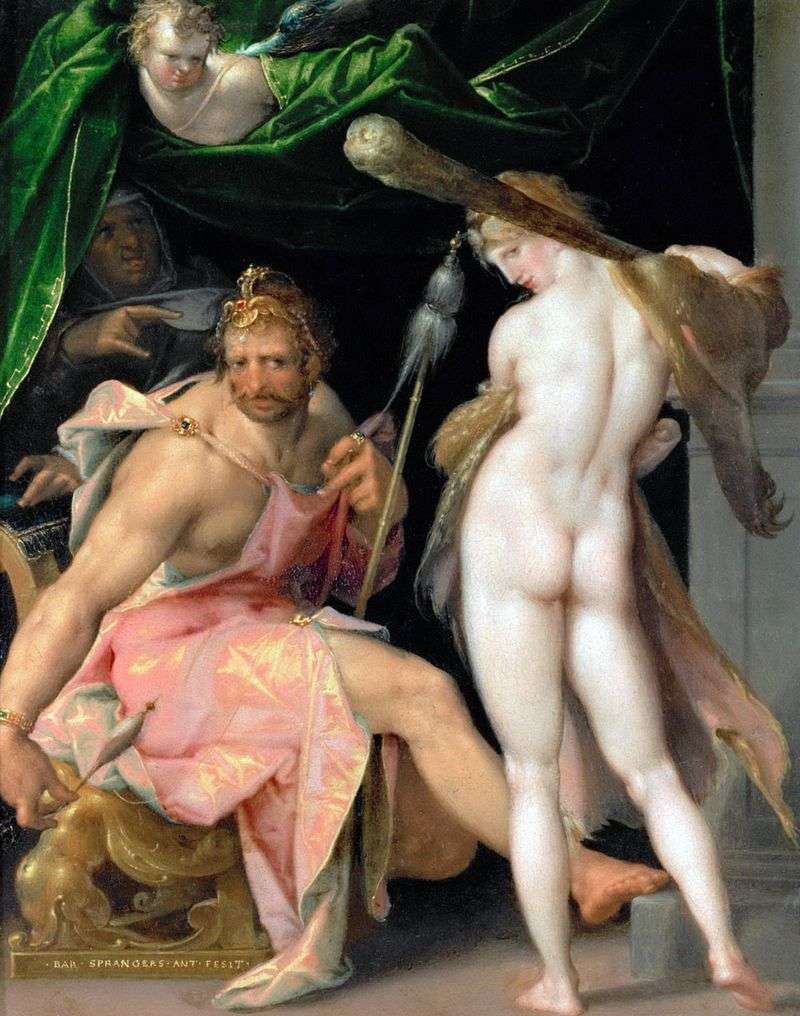 A painting by the Flemish painter Bartholomeus Spranger “Hercules and Omphalus”. The size of the picture is 24 x 19 cm, copper. The painting is based on ancient Greek mythological stories about Hercules. Omphala is the Lydian queen, the daughter of the god of the river Jardan, the widow of Tamola, the little Asian demi-goddess, half warlike, half feminine, the patroness of pleasures and the representative of female performance.

Omphala was considered the ancestor of the Lydian kings, mainly those that came from the Assyrian Heracleides. When Hercules, in punishment for the murder of Evretov’s son Iphitus, was sold by Hermes into slavery, Mrs. Omphalus turned out to be his mistress. Fascinated by her Hercules forgot about his militancy and masculinity, he folded a club and a lion’s hide at the feet of the queen and put on women’s clothes.

Instead of the previous heavy work, he now had to sit over the yarn in the circle of slaves and please the whims of his beloved mistress. Omphala had several children from Hercules. The myth of Hercules and Omphale was widely used by painters; so, the Pompeian painting is known, on which is depicted Hercules, dressed in women’s clothes, in the society of female slaves and a strict queen, who took away from the hero the attributes of his militancy.