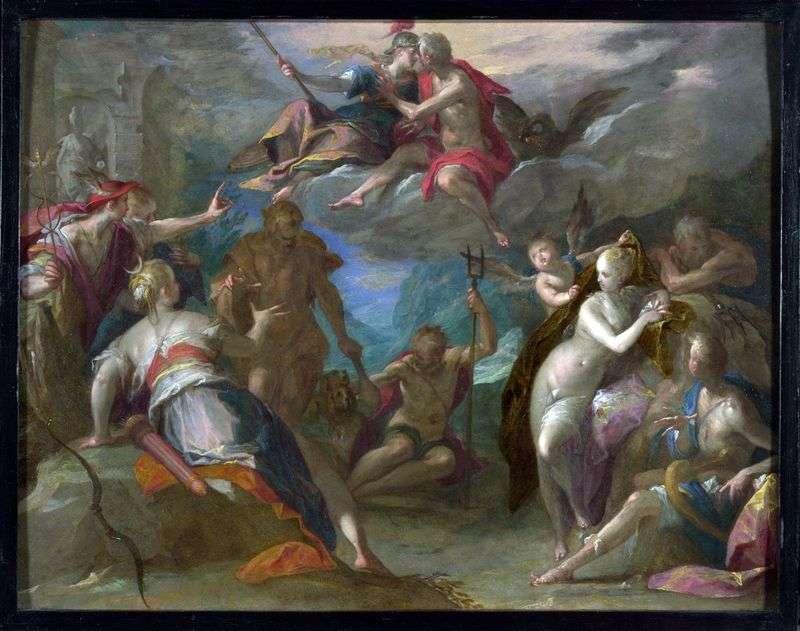 A painting by the German artist Hans von Aachen “The Amazement of the Gods”.

The size of the painting is 36 x 46 cm, oil, copper. Painter Hans von Aachen in his painting treats the myth of the love affair of the goddess of love Aphrodite and the god of war Ares, who were caught by the other gods of Olympus during the amusement.

Actually, the ancient Greek gods as people, nothing human is alien to them.