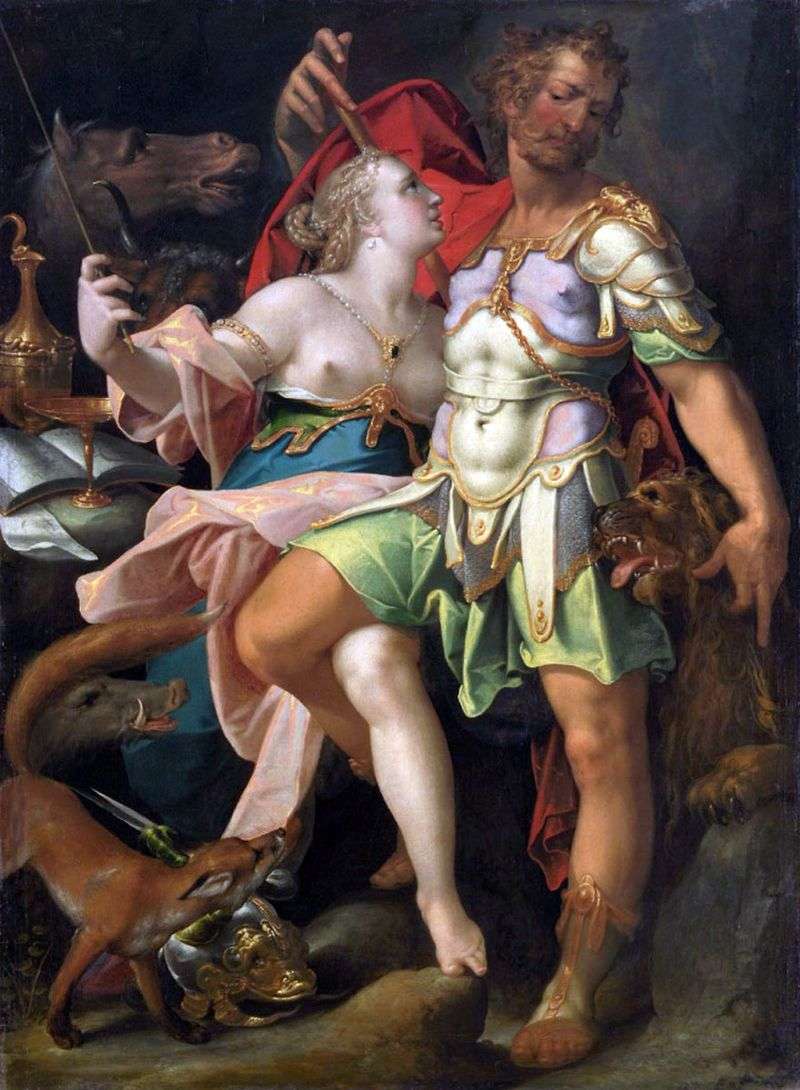 The painting by the Flemish painter Bartholomeus Spranger “Odysseus and Kirk”. The size of the picture is 108 x 72 cm, copper. The painting is based on the ancient Greek mythological epic about the Odyssey. Kirk or Circe, the goddess of the moon, a powerful sorceress and witch. Poisoning her husband, the king of the Sarmatians, Kirk settled on the magical island of Eey.

After the Trojan War, Odysseus landed on the island of Itaku on Eyu, and the magic of Kirka turned his squad into pigs. Under the protection of Hermes Odysseus was invulnerable to the beauty of witchcraft, destroyed her evil charms, and even managed to win the love of the sorceress, having spent Kirka a happy and carefree year.

According to some legends, Kirk from Odysseus had the son of Telegon, who accidentally killed his father. In the end, the witch Kirk married the eldest son of Odysseus, Telemachus. There are also two legends about Kirk’s hopeless love for the sea god Glaucus, whom Circe took revenge by casting her beloved Scilla to the monster with the power of her charms, and to Piku, the king of Ausones, the son of Saturn, who was turned into a woodpecker by the sorceress Kirka.