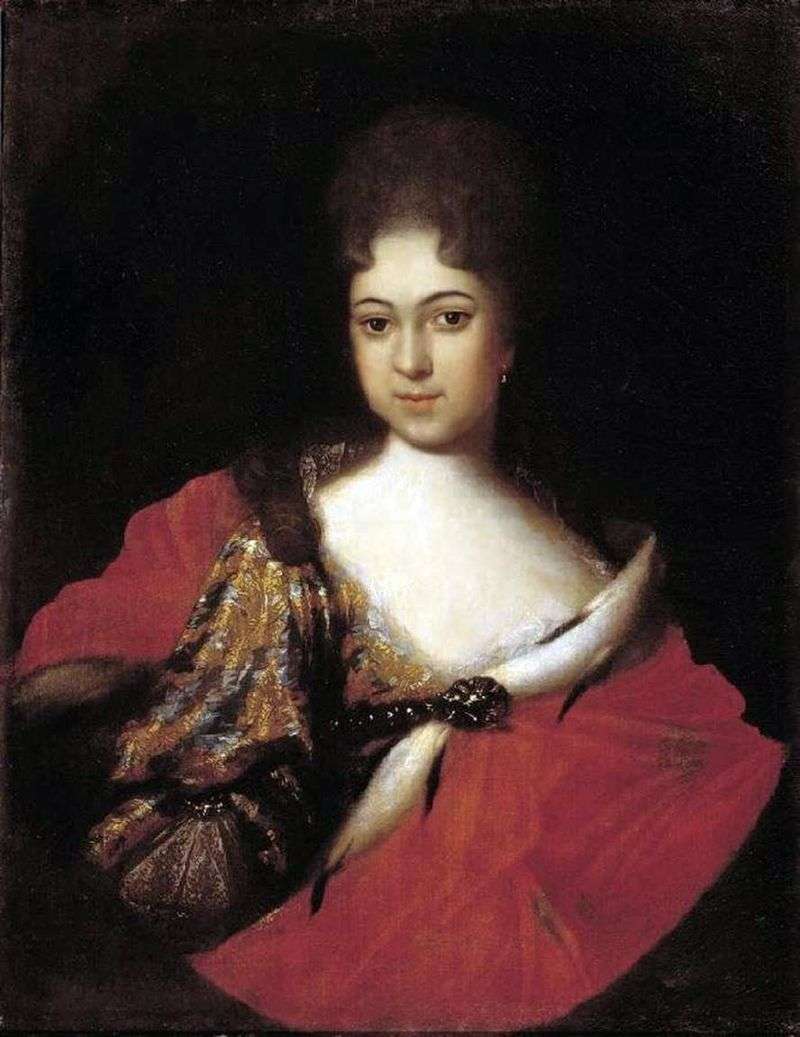 The portrait of the nineteen-year-old princess Praskovya Ioannovna is one of the best works of the master, whose creative heritage is small: about a dozen of his works have survived. The artist tells us about the individuality of the morning, the portrait reads the inner world of the princess, a certain character, self-esteem.

In the image there is no shadow of coquetry, but there is an immersion in oneself, which is outwardly expressed in the feeling of peace, silence, and static. Nikitin, a portrait painter, had the gift of a truthful and deep interpretation of the image, the talent of a brilliant painter and a subtle colorist. Praskovya Ioannovna – princess, the youngest daughter of Tsar Ivan VI Alekseevich and Tsarina Praskovya Fedorovna.

Niece of Peter I, sister of Tsarina Anna Ioannovna, One of the three sisters – “Izmaylovo princesses” – lived with her mother in the village of Izmailovo near Moscow, then she had her own courtyards in Moscow and St. Petersburg. The younger of the sisters, the sickly and weak Praskovya Ivanovna, had a strong-willed, persistent character. Despite her pain, the princess immediately after the death of her mother secretly married Senator Ivan Il. Dmitriev-Mamonov, who survived only one year.