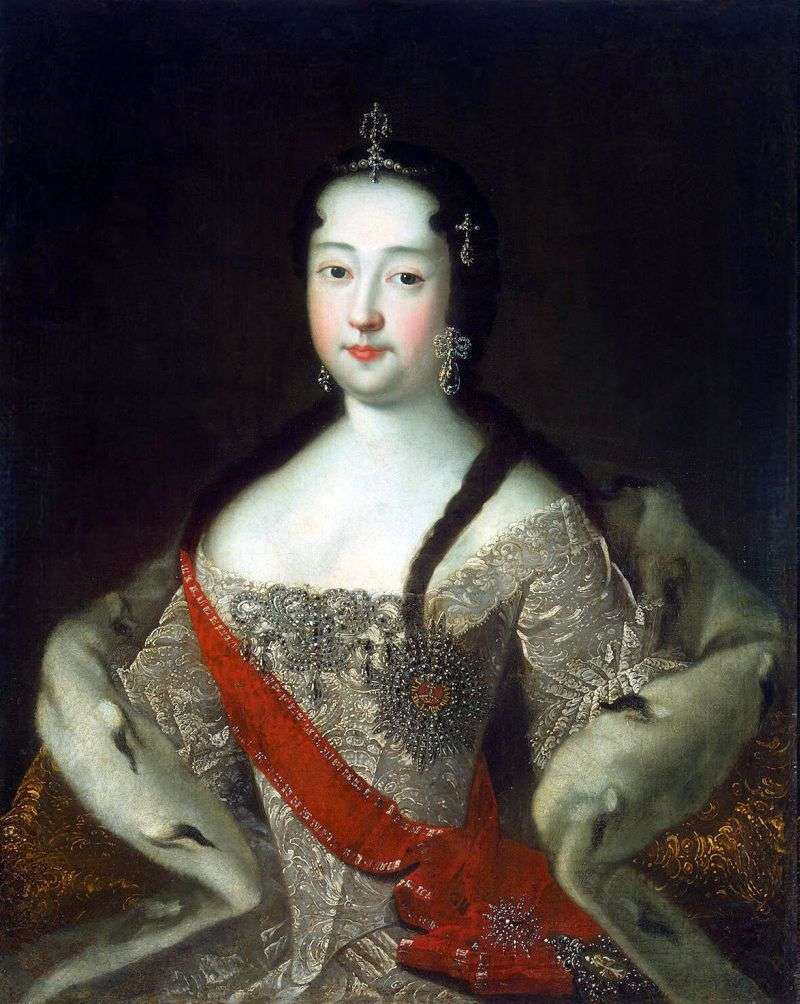 Previously mistakenly considered the image of the lead. book. Catherine Alekseevna, like Groot. Identified on the basis of a comparison with the portraits of Anna Petrovna.

Attribution based on the similarity of a number of pictorial techniques is confirmed by the results of technical and technological research. Dated by G. V. Dubinina in the 1740s. on the cut of the dress and the shape of the earrings, with the assumption that the portrait was written years after the death of the princess, after the accession of Elizabeth Petrovna, whose beloved sister was depicted. This hypothesis seems legitimate, since AN Petrovna, IN Adolsky could portray during his lifetime. Anna Petrovna is a princess, from 1721 she was a crown princess, the eldest daughter of Peter I and Catherine Alekseevna.

Since 1725 – the wife of the Duke of Holstein-Gottorp Karl Friedrich. Mother of Emperor Peter III. It is depicted in a silver brocade dress and an ermine robe, with a star and ribbon of the Order of St. Catherine, with an agraph on her chest, with a diadem of pearls and precious stones, with earrings. The State Hermitage. St. Petersburg