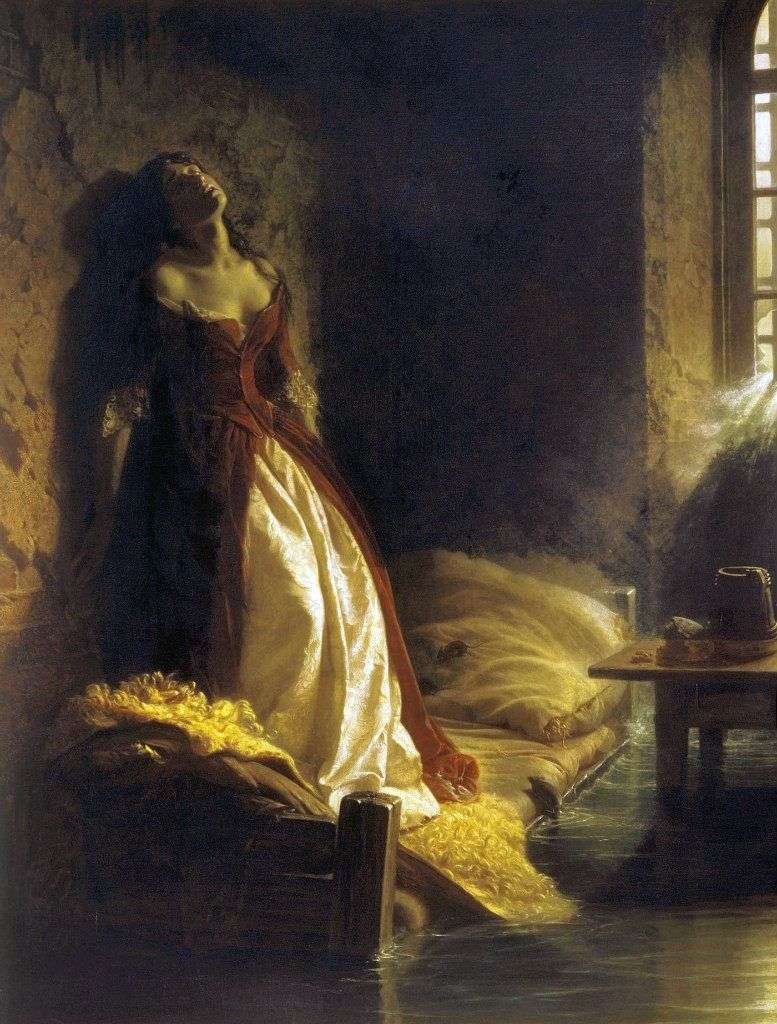 Many consider Flavitsky a master of one painting, this one, because it was she who glorified the artist. The picture is dedicated to an adventurer, an impostor who claimed to be the heiress to the Russian throne and thereby signed herself a death sentence.

Princess Tarakanova – this really really existed woman, August Tarakanov, in the baptism of Dorofei, was the daughter of Empress Elizabeth Petrovna from a secret marriage with Count Alexei Grigorievich Razumovsky. The princess lived and raised herself abroad.

Empress Catherine II, for fear of pretenders to the throne, ordered Dorothea to be

delivered to Russia. The Empress affectionately accepted Dorofei and, explaining to her the reasons for such an unexpected journey, forced to take the monastic vows. The princess was brought to Moscow, to the Ivanovo monastery, and she was tonsured with the name of Dositheus.

At first, stay in the monastery was painful. But Dosithea managed to turn her everyday misfortune into the salvation of the soul: she prayed a lot, read spiritual books, worked for the poor. It was led by the Metropolitan of Moscow Platon on a new path.

After the death of Catherine II Dositheus, although not allowed to go beyond the cloister, but allowed to let people go. Dosifeya died on February 4, 1810, at 64, 25 of whom spent in the Ivanovo Monastery.

Another princess Tarakanova, an impostor who was probably inspired by someone, or herself learned about Ivanovo’s mother Dosifei, but she decided to use that name and declared herself a legitimate pretender to the throne. Catherine, of course, was alarmed, and instructed Count Orlov to send an authurist to her. The Count was able to win the sympathy of the self-appointed princess and pretended to be in love, and then deceived the princess to Catherine. The Empress has concluded the girl in the Peter and Paul Fortress, in the chamber which usually flooded on Neva was flooded.

However, around this mystery there were so many legends that it is now very difficult to distinguish the truth from fiction. But Flavitsky was inspired by this mysterious story and painted a picture.

Looking at the canvas, you almost physically feel yourself in the gloomy and damp cell of the Peter and Paul Fortress. The flooded water in the prison window floods the cell. A wooden bed, on which, in an attempt to escape, the rats scramble, stands a young woman. Her posture, waxy face, half-closed eyes – everything indicates that she is already in a faint, the strength is leaving her.

After the appearance of the picture in public, a scandal broke out – after all, the artist touched on the carefully hidden secret of the royal family. And if not for the triumph with which the picture was met in society, this story could end for the artist sadly.