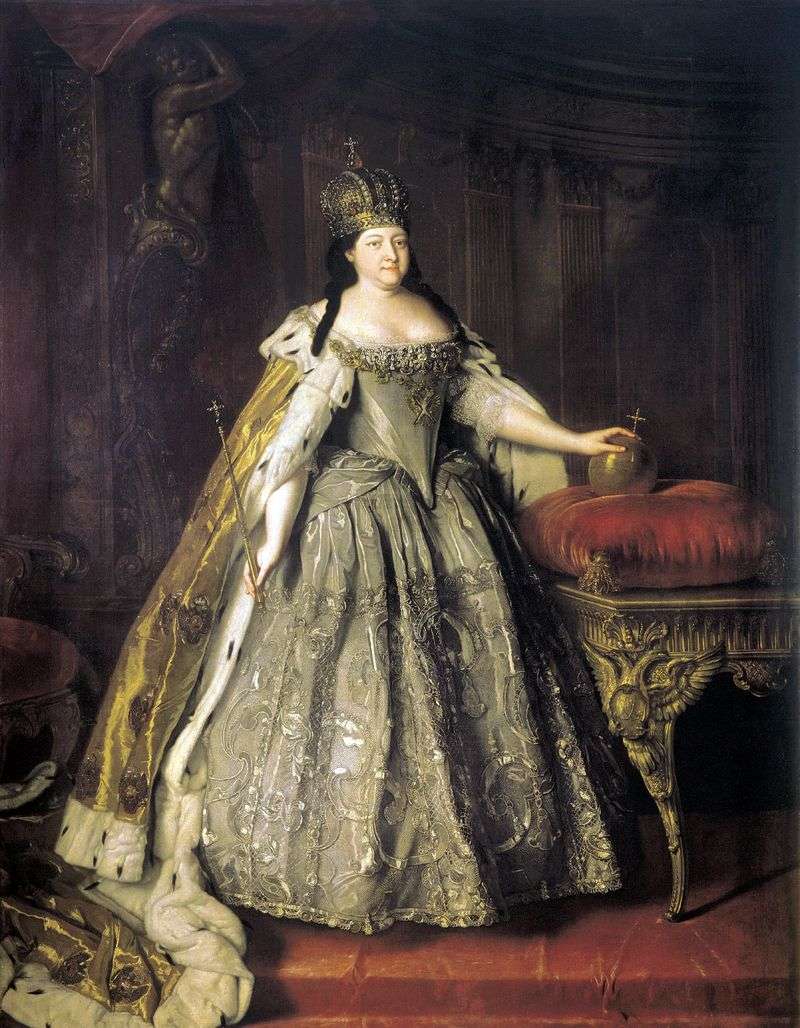 Louis Caravacque, a French master invited to Russia, soon achieved great fame and the position of a court painter. He worked in Russia for many years and painted portraits of all Russian monarchs from Peter to Eli covenants.

His hand belongs to the famous ceremonial portrait of Anna Ioannovna in the coronation dress, which served as a model for other works of this genre. In the portrait, not only the external appearance of the empress – a woman of a mighty build, depicted in a solemn and majestic pose, but also her superstitious and suspicious nature, has been transferred.

From the workshop of Karavakk came out many Russian painters of the mid-18th century. Anna Ioannovna – the second daughter of the elder brother of Peter I, Tsar John Alexeevich, and PF Saltykova. In 1710, Peter I was issued a marriage to the Duke of Courland, Friedrich Wilhelm. A year later, she was widowed and spent nineteen years in Courland, in Mitau. In 1730, she was elevated to the Russian throne. For many years, her favorite was Biron – an ominous figure in Russian history.