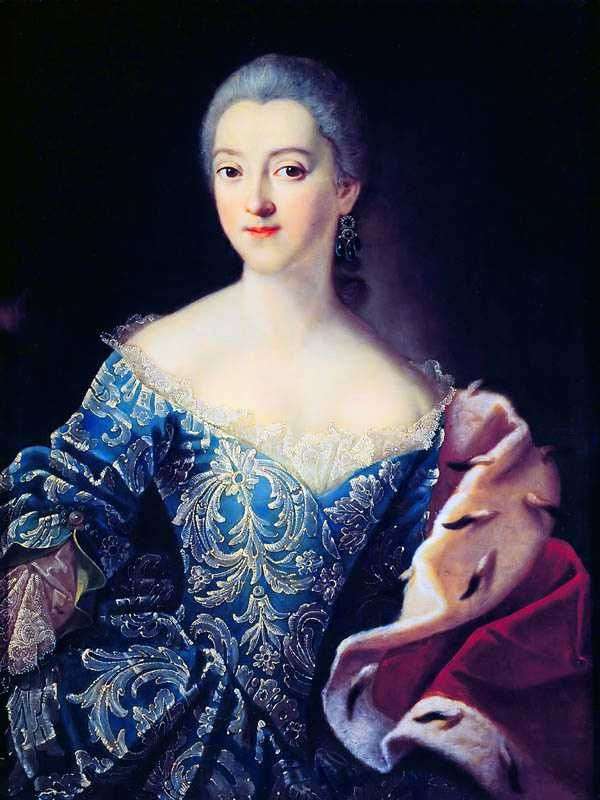 Ivan Petrovich Argunov – a well-known portraitist of the second half of the 18th century, who remained serf by the Count Pavel Sheremetev until the end of his life. There are suggestions that Argunova trained the master of historical painting, AP Losenko, and the outstanding portraitist F. S. Rokotov. On the portrait 21-year-old princess Ekaterina Aleksandrovna Lobanova-Rostovsky appears before the spectator in solemn guise.

Naked shoulders and décolletage, carelessly wrapped in an ermine mantle, emphasize the beauty and youth of the model. As if wanting to demonstrate the magnificence of her jewelry, the princess turns her head to the artist who admires her.

A lively expression, the glint of large brown eyes, testify to the cheerful disposition of a young woman, who, according to the memoirs of her contemporaries, has not lost, with age. Features of a picturesque manner and an attempt to convey the pattern of a lace top of the dress are given out in this work by Argunov, not yet formed to the end of the master.