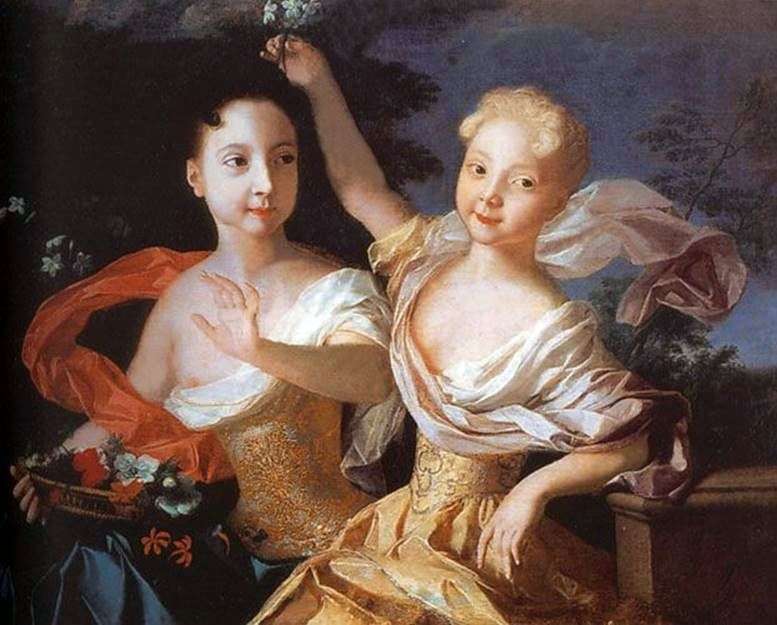 In the double portrait of Louis Karavak’s brush, the daughters of Peter I and Catherine I – nine-year-old Anna and eight-year-old Elizabeth – appear before us. They are represented in the image of adult women posing for the artist.

Elizaveta Petrovna is holding a flower over the head of her elder sister, who in her turn is holding a basket of flowers on her knees. And although the color spots here are large, powerful, vivid, inherent in Russian painting, elegance and graceful movements, gesture gestures, theatricalization of the image in general are typical for Western European art.

In two years the princesses will already woo. In 1719 the French consul in Russia wrote to Louis XV in Paris: “The king expects to conclude an alliance with the king and convince his Majesty in time to accept in marriage the princess, his youngest daughter, a very beautiful and well-built person; she could even be called a beauty, if not for the reddish hair color, which, however, may change with the years, she is intelligent, very kind and generous.

The eldest same princess [Anna] poured a portrait of the king-father, too economical for princesses and wants to know about everything. “