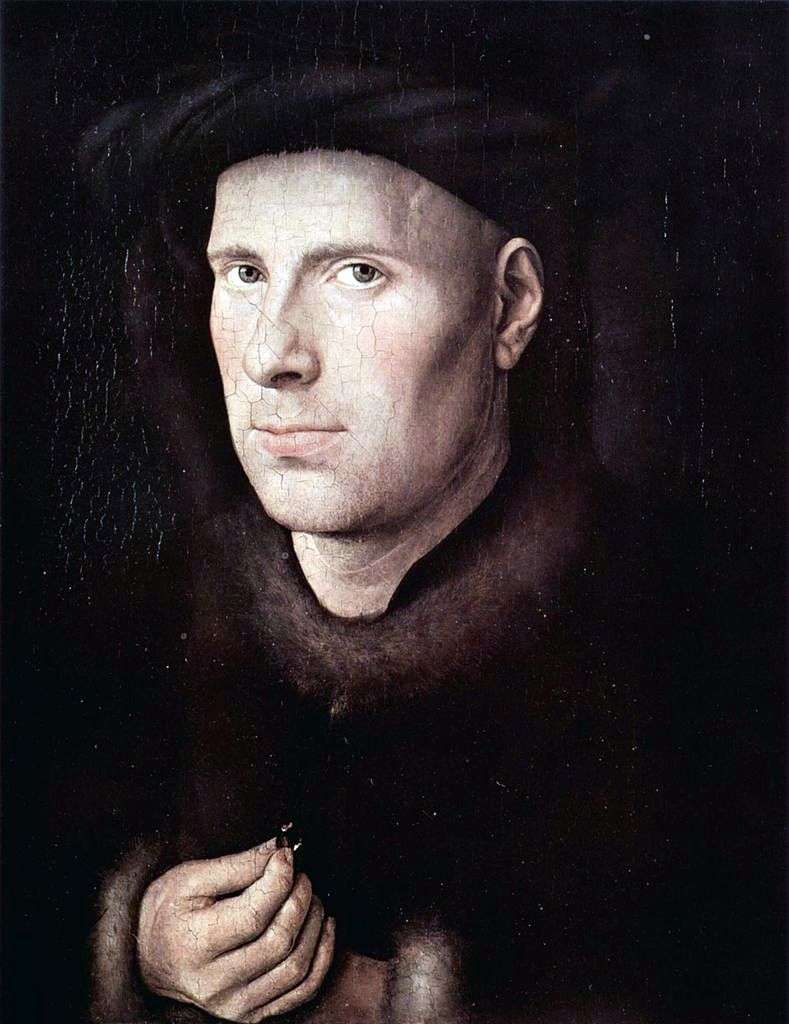 All the works of Jan van Eyck after 1436 bear the echo of the pathos of objectivity, which in such a sharp form was manifested in the painting “The Canon Canon van der Palais.” But the self-significant significance of the image is combined in them with some prosaism of interpretation. Represented by the artist faces become more specific, more characteristic.

The portrait of Jan de Leuve, despite its very small dimensions, seems monumental: to this extent, the model emphasizes the solidity of the appearance and the harsh directness of the inner world. Jan de Leuve looks not to the world, but to us. Next to him Timothy and the man in the turban seem remote and unreachable for live contact. The increase in the concrete and reality of the image of man in the later works of Jan van Eyck takes place extraordinarily quickly and manifests itself in different ways.

In the unfinished “Saint Barbara” it is noticeable in the interpretation of the second and third plans, where the construction of the temple is depicted in detail, and the distant hills receive a clear and orderly solution. In the picture “Madonna at the Fountain” it is seen in the desire to neutralize the activity of the perspective construction of the background and focus on the image of the person. The picturesque solution emphasizes not so much the beauty of the universe, as the decorative richness of the picture.

Color acquires strength, juiciness, still unprecedented power of sound, but behind it we no longer feel the former – touching and shy – admiration of the artist Jan van Eyck.