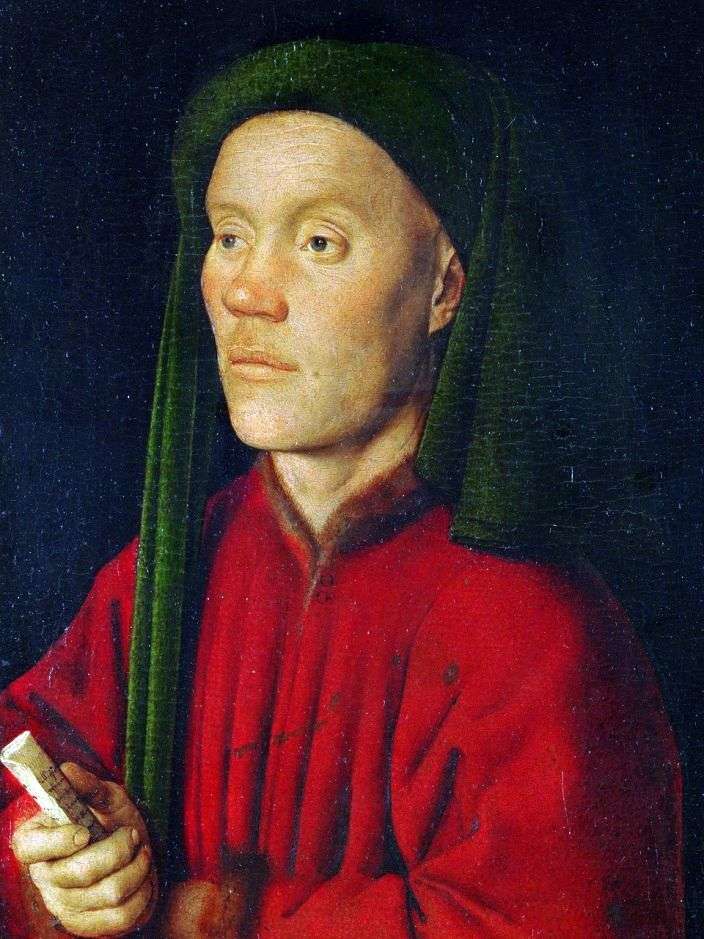 Eight portraits have come down to us, which with sufficient certainty can be called the works of Jan van Eyck. Let’s add to them. a few more works of this genre – questionable in this sense. The earliest of the most critically attributed is the “Portrait of a Young Man”, dating from 1432. On his frame the cryptic words are read: “For memory”.

The painting was painted by the artist in 1432 by oil on the board. This is a belt image of an ugly, quiet man, staring into space with a look, devoid of a definite expression. However, the duration, purity, thoughtfulness and unfixedness of this view make it felt that the person portrayed is full of modesty and piety, openly to the world.

The view of Timothy establishes a certain relationship between him and the outside world. It has a twofold orientation; we can say that the outside world, through the eyes of Timothy, is transformed into a new quality – the inner sphere of man. And at the same time, as a ray that got into another environment and is broken by it, it does not lose its nature at the same time. Timothy’s view also confirms his ownership of his universe and the presence in it of a deep spiritual life. We do not know anything about it, but we feel it, and it’s not accidental that the eyes in Van Eyck’s portraits most often have a tinge of mystery unsolvable for the viewer.

The later picture of this series dates back to 1439. This is the portrait of the artist’s wife, Margaret. The inscription on the frame informs that the model at that time was 33 years old. By the way, this is the only one of the known women’s portraits of Van Eyck, which, incidentally, does not indicate his misogyny – just the other female portraits, pointed out by different sources, are not preserved.

All the portraits of Van Eyck are compositionally the same. The clearest example of such a composition is “Portrait of Cardinal Niccolo Albergati”, ca. 1432. Van Eyck always wrote, a man by the chest, with a face turned in three quarters, on “solid.” background.