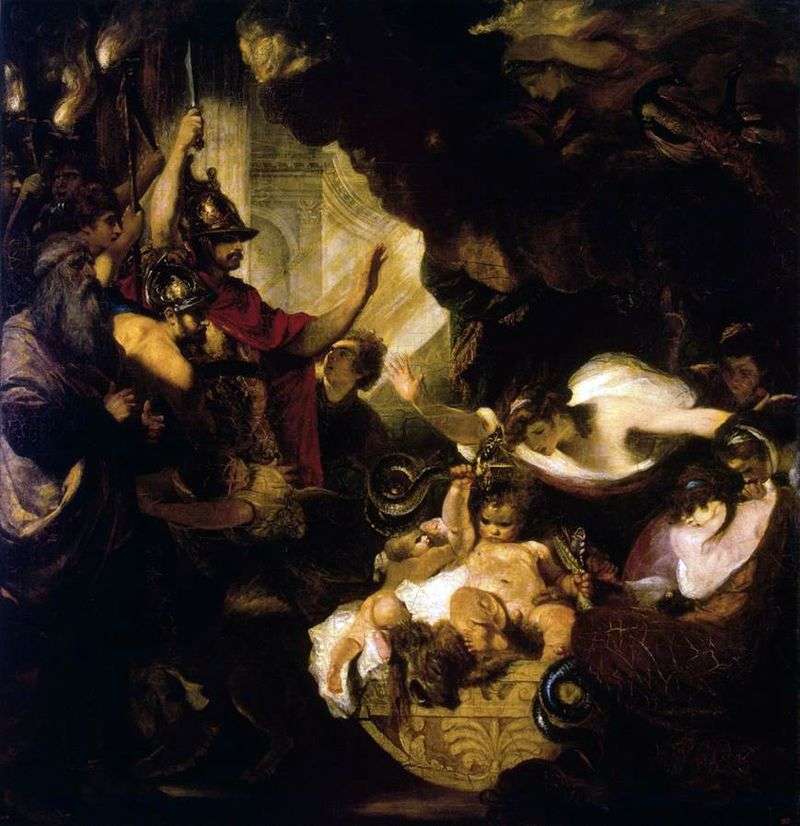 Like most of his contemporaries, Reynolds considered painting historical to be the highest genre of painting. Having made a name for himself as a portrait painter, our hero, however, more than once took up historical and mythological canvases. Plots for such paintings he drew from Greek mythology, Shakespeare and Dante.

During the life of the master, his “non-portraits” were very popular and were sold, sometimes more expensive than the Reynolds portraits. The artist received the most profitable order for the mythological canvas from Empress Catherine P.

For her, Reynolds painted a large picture of “The Baby Hercules Strangling Serpents”. However, some found such pictures of Reynolds pretentious, pompous and devoid of genuine feeling. It must be assumed that the master himself understood this, but still could not resist the temptation to write something like that. In his search for plots, he sometimes even turned to the Bible, which happened, incidentally, relatively rarely.

One of his most famous religious canvases is “John the Baptist as a Child.” Sugary, devoid of any originality, this picture was, however, a great success with the public, and the master even made several copies of it.