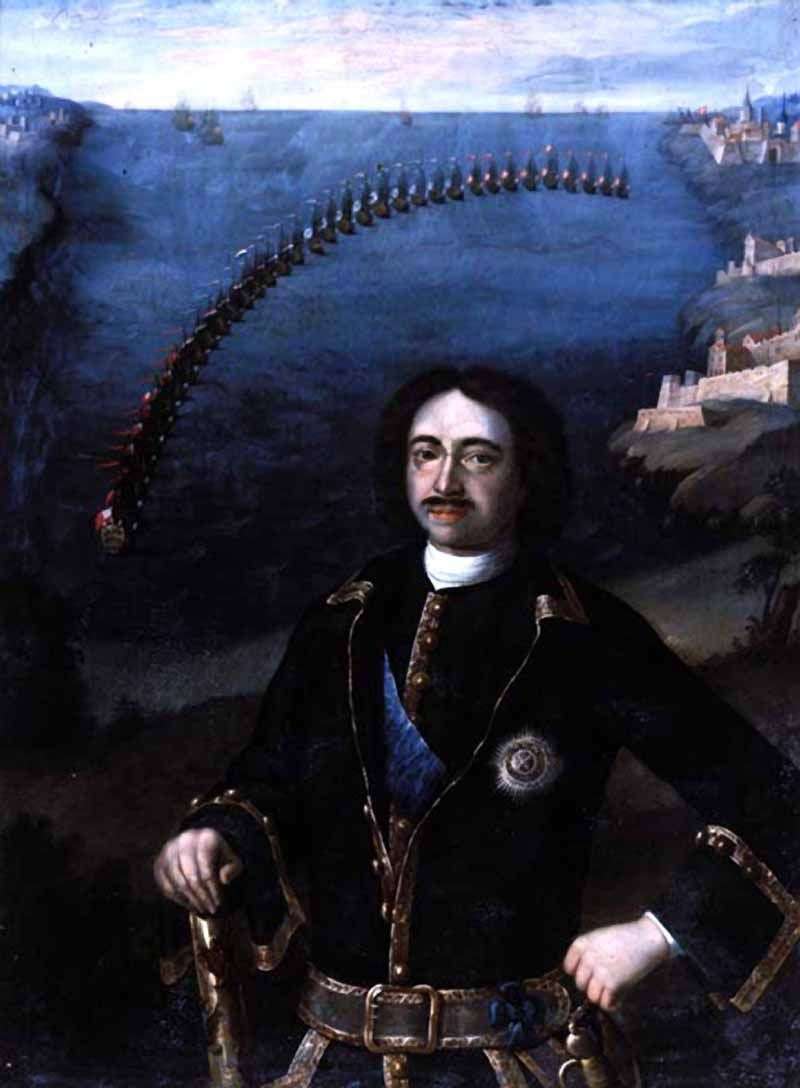 Louis Karavak wrote the first portrait of Peter I in 1716. It was this year that the French engraving from a portrait of this type is dated. It is possible that the engraving is executed from a portrait, which is now kept in the naval museum of St. Petersburg. Peter I is depicted against the background of the sea with numerous fortresses and lined ships of the allied fleet – Russian, Dutch, Danish and English. The Russian tsar commanded him during the maritime campaign of the fall of 1716.

Karavak came to Russia in the spring of 1716, and Peter I could easily take his court painter to the theater of operations. In the “Journals” for 1716 there are two entries, from November 14 and 15, which DA Rovinsky also drew attention to: “His Majesty ate from the King [Friedrich Wilhelm I, King of Prussia – a note of DA Rovinsky ], and write off the person. ” On November 15, it was marked: “His Majesty ate at home, and wrote off a person, and there was a king.”

Jakob Stehlin critically treated the portraits of Karavak, believing that the artist “never achieved the proper power in the drawing”, that “his portraits were and remained tough: in color” and that they “always look a bit alike, but never completely”. However, the iconographic types of Peter I, created by Caravac, were very popular, they were repeatedly copied and etched over the next centuries.