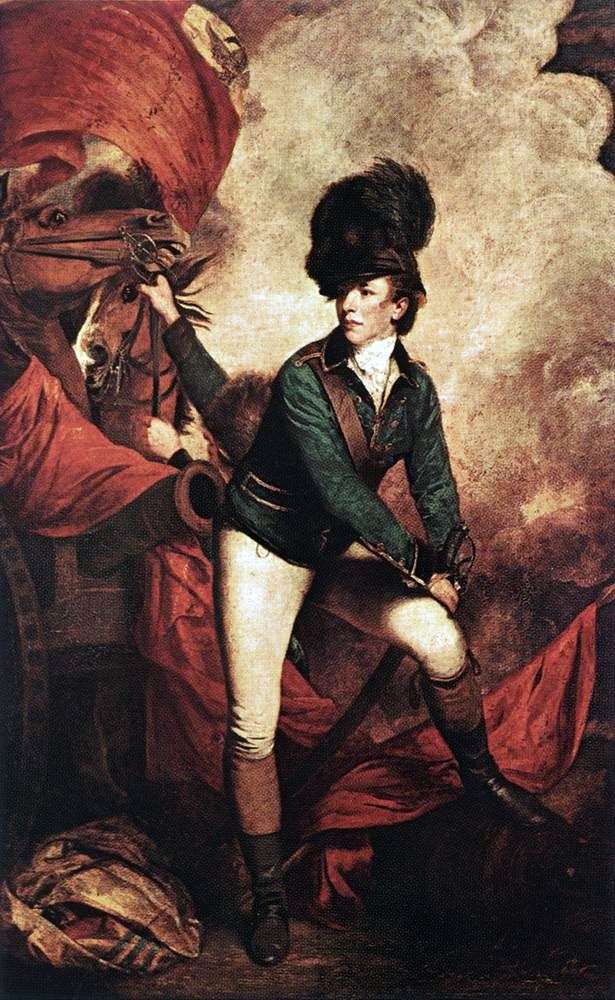 Banustre Tarlton was a famous cavalry officer, having served with the time before the rank of general. He was also a member of Parliament, and in 1818 received the title of baronet. Tarleton became famous during the US war of independence, and his portrait of Joshua Reynolds wrote shortly after the return of the hero to England in January 1782.

In the visitor lists of Reynolds’s workshop, Tarlton’s name appears between January 28 and April 11, 1782, and in May of the same year, the painting was exhibited at the Royal Academy of Arts. At the same exhibition, the public could see another portrait of Tarlton, the brush of Thomas Gainsborough, but, unfortunately, it was not preserved, and we are deprived of an interesting opportunity to make a comparative analysis of these canvases.

In the portrait of Reynolds, Tarleton is shown stopped for a minute in the middle of a fight to fix his sword. The master borrowed his posture from the classical statue of Mercury, which corrects the sandal, which was copied at the Royal Academy. Reynolds, as we already know, was a virtuoso of borrowing, but in the “Portrait of Colonel Tarleton” he surpassed himself. The chosen pose of the hero perfectly betrays, on the one hand, his determination, and on the other, caution.