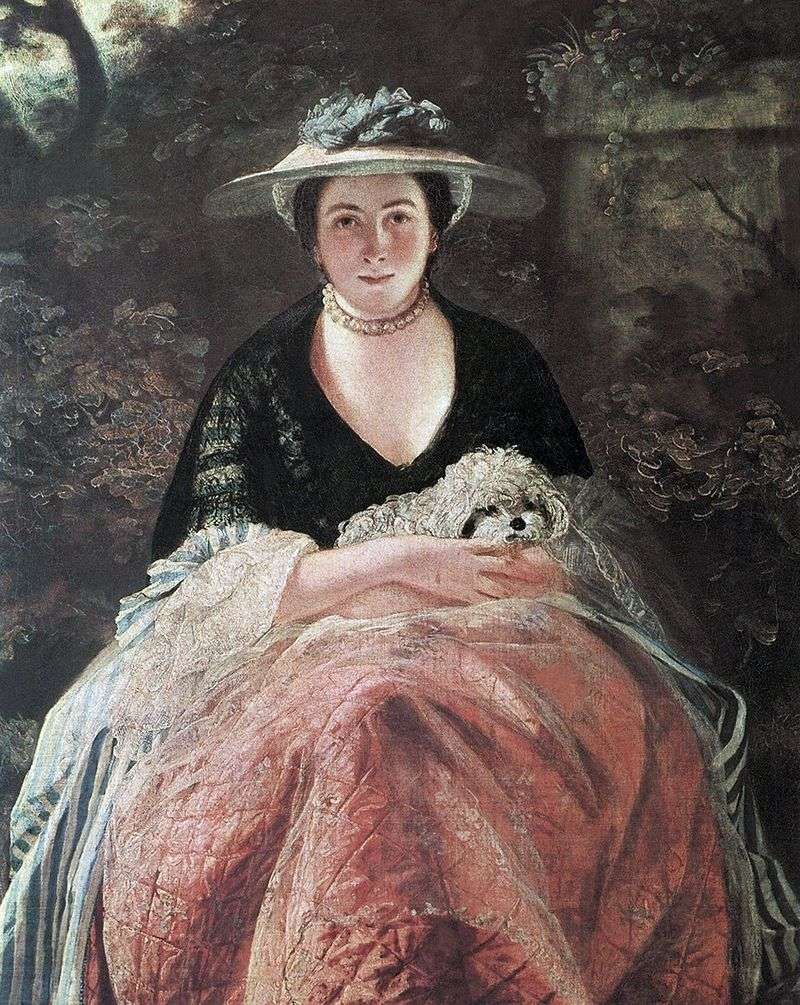 The charming young woman depicted in this portrait is Nelly O’Brien, one of the first beauties of her time. For some time she was the lover of the Third Viscount Bolingbroke, from whom in 1764 she had a son.

Four years later, after the birth of her son, Nellie died, and no one was able to establish either what illness she died from or her age. Nellie O’Brien was not only beautiful, but also quite smart, and Reynolds, who generally preferred the women’s society to the men’s, considered it an honor to belong to the circle of her friends.

In the artist’s book of visitors, her name regularly appears from 1760 to 1767, however, in addition to the portrait presented here, only one of her portraits reached us, which is now kept in the Glasgow Art Gallery.

Some art critics suggest that Nelli posed for Reynolds for his “colorful paintings” and that is why she appeared so often in his workshop, but this version remains unproved. “Portrait of Nelly O’Brien” was presented to the public immediately after writing, in 1763.

Horace Walpole called him then “very beautiful,” but several years later, comparing Reynolds with another portraitist, Allan Ramsey, preferred the latter, saying that “Mr. Reynolds, unlike Mr. Ramsey, rarely succeeds in female portraits.” Perhaps, Walpole’s comment is not without justice – but not with reference to “The Portrait of Nelly O’Brien.”