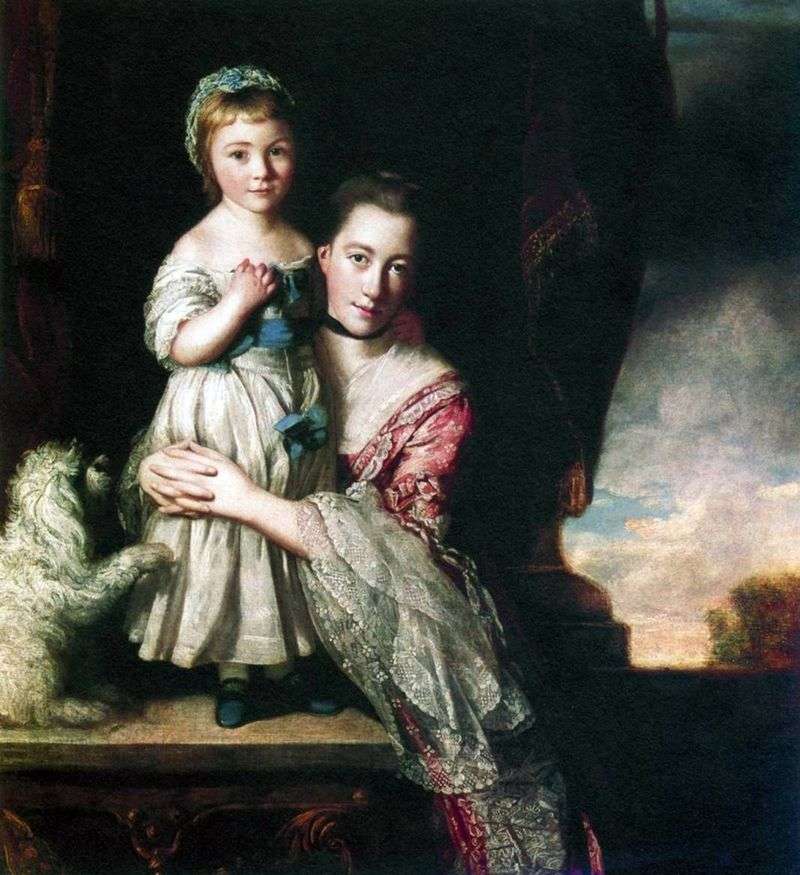 This portrait ordered Reynolds, oddly enough, not the husband of Countess Spencer, but her brother. Countess Spencer, as follows from the records in the visitors’ book, came to the artist’s studio on September 8, 10, 11 and 12, and her four-year-old daughter was present only at the last session.

Subsequently, more than twenty years later, Reynolds will write a portrait from this baby, where she herself will be depicted with her little daughter, also Georgiana, in her arms.