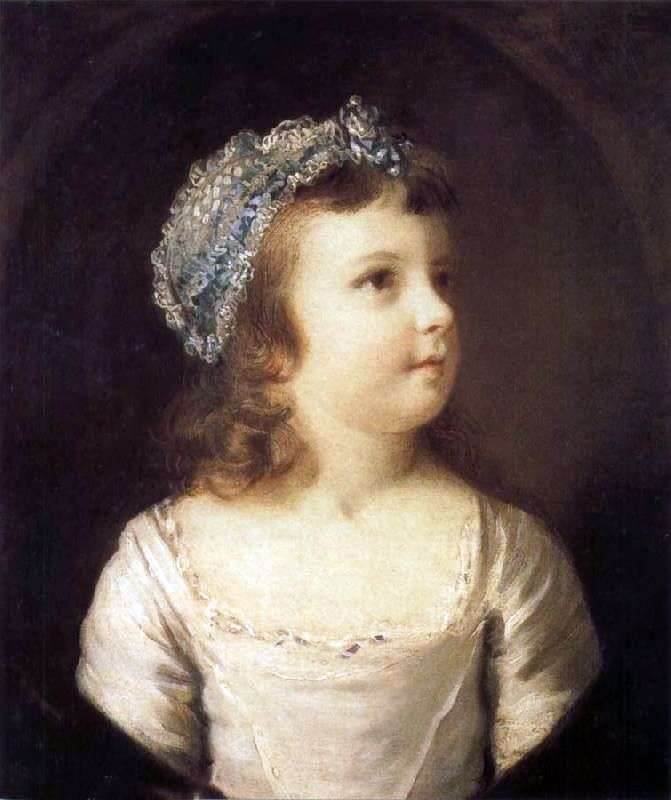 Reynolds had a rare gift even for very talented painters to write children. They felt extremely free in his workshop, and the artist had the opportunity to draw them in the most immediate poses. He knew how to communicate with children.

Naturally, such a master’s sensitivity to children helped him to create surprisingly lively children’s images, a perfect example of which is the Portrait of a Girl. Sometimes Reynolds also wrote group children’s portraits, where he depicted his little clients playing on some kind of picturesque background.

These are the Children of Brummel, 1781-82. The style in which Reynolds wrote children says that he fully shared the views of his famous contemporary Jean-Jacques Rousseau, who argued that children should be given complete freedom.

Returning to the works of Reynolds, we note that his brushes belong not only to the heartfelt portraits of children, but also to charming paintings of the mother and child, such as, for example, Georgiana, Duchess of Devonshire, with her daughter, George Cavendish, 1784. It is curious that a quarter of a century before this work, the artist painted a portrait of the little Duchess of Devonshire with her mother.